Former national road champion Lynette Burger has opened up about her slow recovery and a second chance with her family after a near-fatal collision with a minibus taxi while out training in Boksburg last month.

The 37-year-old was admitted to intensive care after the incident on September 26 and was in a critical but stable condition for the next two weeks. She was later moved to high care before being discharged on October 12.

She broke her collarbone, shoulder blade, sternum and all the ribs on her left side and suffered punctured lungs and bleeding on the brain. 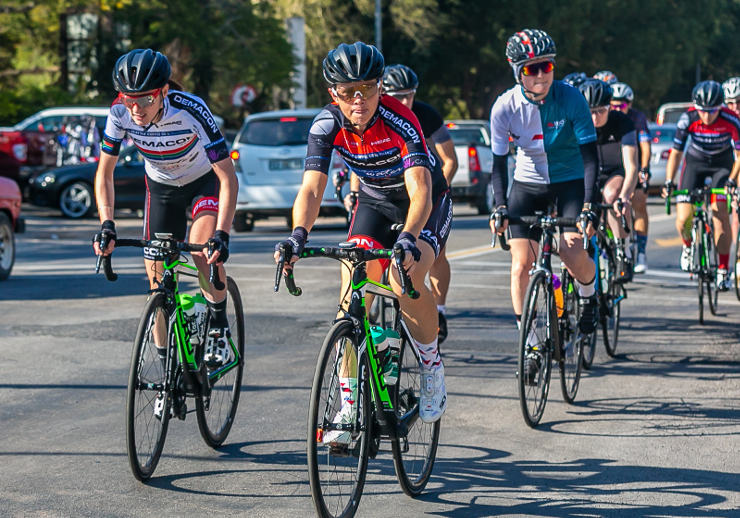 Burger said she was making a slow but steady recovery.

She said she was confident the pain would subside with time and she simply had to wait it out.

“What held everything [together] on my left-hand side has all collapsed.

“Those bones just need to heal and to do anything by myself currently is almost impossible. Fortunately, I’ve had my mom with me and she’s helped me out during the day.

“Life goes on and you just want to get back to where you used to be, but it’s not easy. I’d walk for a bit then sleep for another two to three hours.

“It’s been a bit slow after hospital, but I can feel a difference every week,” she said, pointing out that the pain has become more bearable since Saturday. “There’s definitely been progress.”

Burger said she could not remember anything from the incident or the next 10 days when she was in an induced coma.

She remembered waking up in hospital. “I couldn’t understand why I was there.

“After talking to David [her husband] and various other people who witnessed the incident I’m currently just trying to get some closure for myself – to actually know what’s been happening.”

The Demacon rider said she wanted to know what happened in the crash to better understand what her body was going through.

“I asked many questions and nothing made sense. It’s not easy, but I have to be strong for my kids and family. I’m just glad that I do have that second chance to be with them.”

Her recovery has actually been faster than expected, which Burger ascribed to her fitness and good health.

“If it wasn’t for that, things might have turned out completely different.”

She said she was “overwhelmed” by the public support.

“I’m actually in tears thinking about it. I didn’t think it would get this type of response.

“I’ve been involved in cycling for a long time and you don’t realise how much of an impact something like this can have on both the sport and the people you ride with or against.

“To everybody out there, I cannot say thank you enough for everything you’ve done for me; the support and the prayers.

“Especially to David – if it wasn’t for him I wouldn’t be here today. He had to fetch me because the ambulance took too long.

She said her dad and mom, who has been staying at her house, have also been very supportive.

“For each and every message and phone call I’ve received, I really appreciate it – I can’t say that enough.”

Burger said her husband had opened a case against the driver, who allegedly left the scene and ripped off the vehicle’s number plate before returning.

“Fortunately, we do have a case and I do know what it is.”