Top cyclist Lynette Burger remains in a serious but stable condition after being hit by a minibus taxi while out on a training ride earlier this week, her husband David Pieterse said today.

Burger, 37, was hit on her left side by a taxi which drove through a red traffic light in Boksburg early on Wednesday morning.

She suffered two punctured lungs, slight bleeding on the brain, a broken collarbone and all her ribs on her left side were broken, Pieterse said. 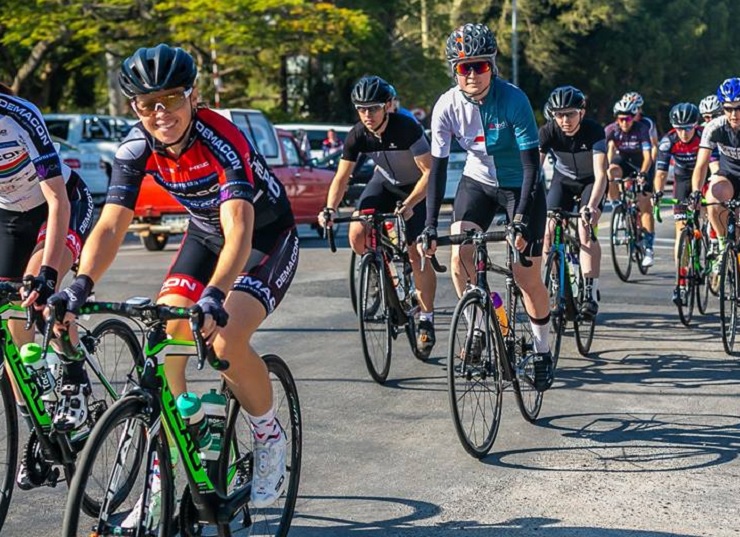 Top cyclist Lynette Burger (left) remains in a serious but stable condition after being hit by a minibus taxi while out on a training ride earlier this week, her husband David Pieterse said today. Photo: Memories 4 U Photography

Asked for an update on Burger’s condition today, Pieterse said she was in more or less the “same condition”.

“At the moment she is just sedated,” Pieterse told In the Bunch today. “She will stay under sedation for the next two days so that she can get some rest.

“She has too much pain right now for them [the doctors] to do anything. She’s still on the ventilator and most of her swelling has gone down.

“From Monday [onward] they will start working on her again,” he said, adding that when the doctors even just attempted to move her, Burger’s heart rate went up from 40 beats per minute to over 140 due to the pain.

“They can’t do much until there’s less pain. They just have to wait for a little bit more healing.”

Pieterse has confirmed that over the past two days Burger has been conscious at times, but with a tube blockading her throat, she has been unable to talk.

“She’s been communicating with us by writing notes in her notebook,” he said. “I think she might have been a bit too active in the first two days [to recover enough].

“They’ve just put her in a deep sleep for about two to three days so that she can get some rest.

“Her body almost looks perfect. It’s mainly just the inside where the damage is. We’ll start again on Monday and take it from there.”