Renowned South African mountain-biker Robyn de Groot has been sidelined due to serious vascular problems, her team announced in a statement yesterday.

The Ascendis Health rider was reportedly diagnosed with a “severe blood-flow problem” by specialists in the Netherlands, whom she consulted after last month’s world marathon champs in Italy. 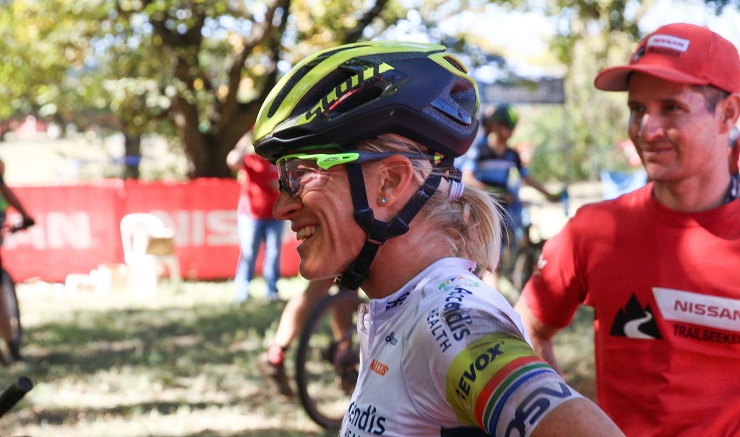 The problem, her team said, was caused by kinking and stenosis of the common iliac and external iliac arteries, which affected the flow of blood to her left leg.

According to the statement, De Groot experienced a burning sensation and loss of power in her left leg over the past 20 months, which led to a drop in performance.

She is now faced with two options: stop cycling or have complicated vascular surgery. She opted for the latter.

“I’m in the process of booking my surgery in the Netherlands,” she said, and will now start the process of getting the specialised procedure approved by her medical aid.

“The doctors and surgeons I have seen there have done this treatment with a very high success rate.”

De Groot said she was focused on recovery before contemplating a return to racing.

“The plan is to ‘get fixed’, recover well and return to professional marathon and stage racing.”

The statement read that her team would fold at the end of the year.

READ |  Devin Shortt signs with top under-23 team in Spain

De Groot was crowned the SA marathon champion in July for the sixth time. She also claimed the overall title of the Great Zuurberg Trek in May and won the Knysna Cycle Tour MTB race in early July.