Despite not having put in much training this year, Jason Meaton is hopeful he will be able to defend his Steeltek MTB Race title at Hopewell in Port Elizabeth tomorrow.

“Last year when I won I went into the race with flu and I had just come out of hospital. I didn’t know what to expect and it will be more or less the same this year,” Meaton told In the Bunch today.

“This year I’ve been training on and off and racing very little. I think I’ve been off the bike more than on it. I just haven’t had the motivation to train after the off-season.” 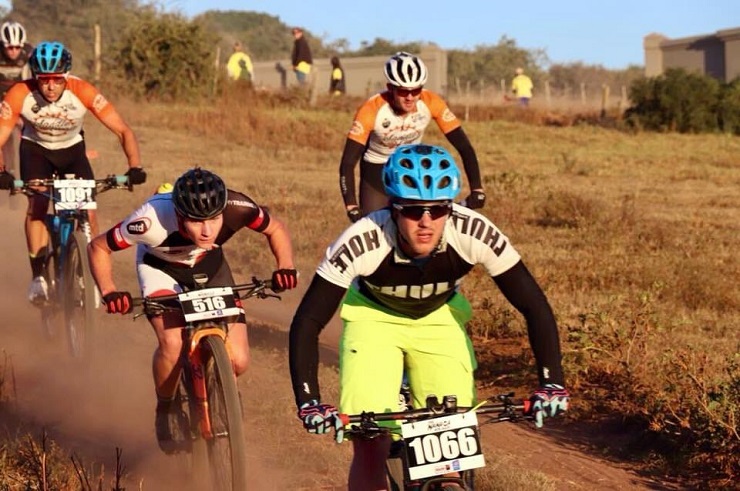 Despite not having put in much training this year, Jason Meaton is hopeful he will be able to defend his Steeltek MTB Race title tomorrow. Photo: Supplied

He added that he would use the 60km race almost as a gauge to determine his current level of fitness.

“If I do the same as I did last year and come away with a win then that will be a bonus,” Meaton said.

The Grahamstown local said he hoped the likes of Marco Joubert and Grant Daly would feature in the race to test him.

“I’m crossing fingers that Marco will be there and I heard that Grant has really stepped up his training.

“Those two will definitely set the pace which will make the race exciting. It will make it a little more technical and tough because you’ll be forced to move a bit faster against them,” he said, adding that Joubert enjoyed races in PE as he was from the area.

Meaton, who won the Grahamstown 2 Sea in July, said from last year’s experience he knew it would be important “not to go out too hard too early”.

“Last year they changed the route completely from the year before and they made it seriously tough,” he said.

“The end of the race has quite a few nasty surprises. It can easily stand as one of the longest-standing [it was first staged in 1990] toughest races in SA because the last five kilometres is basically all uphill to the finish line.

“It is really hard and tests your limits. At least I will have more knowledge of that this year and I heard they did add more single tracks towards the end, which sounds exciting.”

He added that, despite his slight uncertainty regarding his fitness, he remained confident he would “be able to take it home again”.