Jean-Pierre Lloyd relished his victory in the junior men’s category of the 947 Cycle Challenge in Johannesburg yesterday.

The 18-year-old, who has ridden for Team Jaguar over the last two years, completed the 94.7km race in 2:16:08, beating Vandergroup’s Damon Fouchee into second with ProTouch’s Tiano Da Silva third.

In his final year as a junior rider Lloyd said it was particularly special to break his duck by winning the renowned South African one-day classic.

“It was quite an emotional win for me,” Lloyd told In the Bunch today. “I’ve been on the podium the last three years, but never seemed to be able to take that top step.

“This year I finally did it and it was especially one to remember because of the new route and different challenges it posed for all the guys racing at the front,” he said, referring to the route being reversed this year. 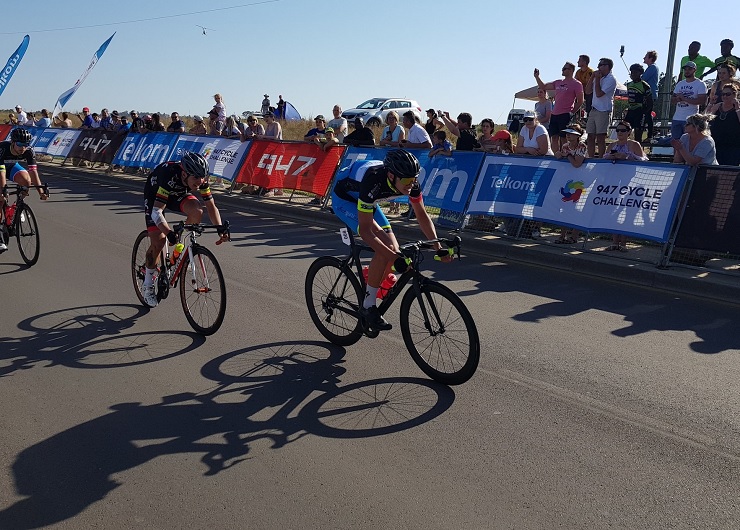 Lloyd, who attends Hoërskool Zwartkop in Pretoria, finished 13th overall, but said he was more focused on his junior opposition than the elites.

He was however grateful to be racing among the elite riders, from whom he said he learnt valuable lessons.

“The racing was aggressive straight after the neutral zone. Attacks flew one after the other until a breakaway of about 10 riders formed, which included a junior.

“I had to collaborate with the chasing group and share the work-load. We managed to reel them in on the highway and from there it just stuck together.

“There were only two juniors left in the bunch – Damon Fouchee and me. I just missed the move on the last climb and I ended up in the second group, but I’m pleased with my overall result.”

He said competing with the elites made the racing substantially harder. “Tactics played a role in how the race panned out,” Lloyd said.

“But it gave the juniors an opportunity to get used to the style and intensity of racing to be better prepared going into under-23.”

The route flip, which saw the “infamous” cluster of climbs come at the beginning of the race instead of the end, suited him well, Lloyd added.

“There were short and punchy climbs in the first 50km and I just needed to make sure I was in the front group.

“From there the race was mostly flat and rolling. The new route definitely added a different dynamic and might have suited a different type of rider to that of the old one.”

Lloyd, who won the national road junior time-trial in February, added that he was challenged by Fouchee on the day, before the latter was “ridden off in the gutter on the climb” with about 20km to go.

The Centurion local has taken part in both mountain-bike and road races throughout the year, but he will focus mainly on the tarmac next season as he is set to represent his new team, officeguru racing.

“This was my last race for the year and I’m stoked to have ended it on a high. I’m already excited to start training for next season.”