The team will comprise the Pretoria-based Shaun-Nick Bester and KwaZulu-Natal-based Andrew Hill. The outfit will also be insured by TIB, the company that sponsored Hill this year. 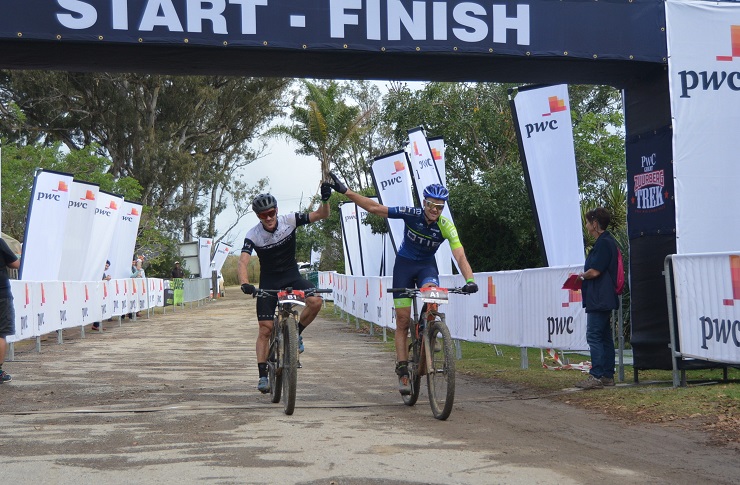 The pair had raced together on numerous occasions this season, having won the Great Zuurberg Trek in May, before winning the inaugural 150 MTB race in August.

They also raced alongside one another at the PE Plett in March, but in different categories.

The former road ace Bester, who used to compete on the European circuit, started mountain-biking in October 2017 and this year managed to rack up a total 19 victories and secure the Trailseeker Series title.

Hill has a wealth of experience and specialises in marathon races and stage events.

He enjoyed a total 16 wins this season, including an overall victory at the UCI-graded Lesotho Sky.

“We have great synergy in our riding capabilities; especially where our strengths are very well-matched,” Hill said.

“It also helps that we get along very well, which is probably the most underrated aspect of multi-day stage-racing,” Bester added.

Bester also runs a cycling coaching academy, which he said could provide a feeder platform for the professional outfit in the near-future.

“That could ultimately be incorporated into the professional team once they [academy riders] have developed the physical and mental skills needed for racing at an elite level.”