The heat played a decisive role in the opening stage of the Mpumalanga Tour that finished in Swadini today, according to Willie Smit who won the race.

Smit, who races for the Swiss-based Katusha-Alpecin WorldTour team, is taking part in the seven-day event mainly as a training block ahead of his international season.

It was his first race back in South Africa in over a year. 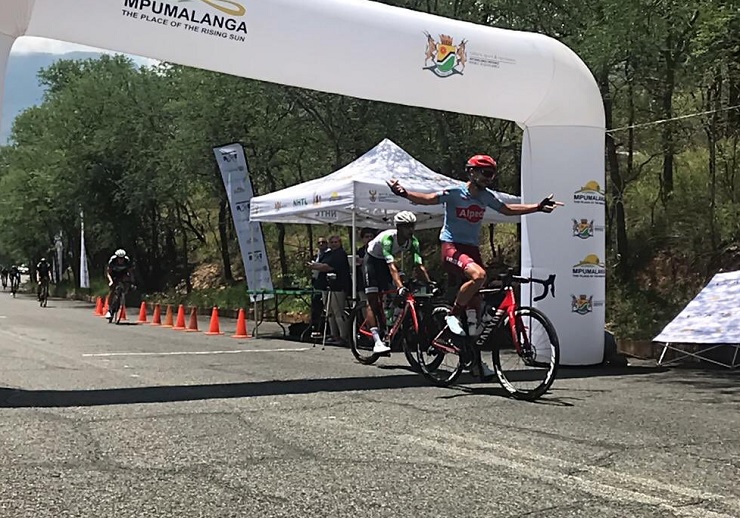 The heat on the route from Blyde Canyon to Swadini hovered at just over 33°C throughout and Smit felt this might have affected some of the riders.

“It was really hot so I think the people who aren’t used to the heat struggled a lot,” Smit told In the Bunch today.

“It wasn’t so much that it was a hard stage. I just think the heat really got to many of the other guys, which made it easier for me.”

Despite being based in Europe with his WorldTour team, where they experience cooler conditions throughout the year, Smit adapted particularly well to the sweltering temperatures.

He grew up in the region, which possibly made it easier for him to acclimatise.

“I normally train in the middle of the day so it wasn’t really a problem for me,” he said.

“You just have to remember to continue drinking. Many riders actually forget that when they get really tired.

“It was about the process of focusing on nutrition and remembering to eat and drink every 10 minutes.”

“Normally in Europe the first feeding zone is only after 100km.

“It was still hard, but much easier than [racing] in Europe.”

Smit said it was likely to have been the easiest stage of the tour. He added however that one “cannot win the race on the first day, but you can lose it”.

“It was just about not making stupid decisions and making sure you finish up front in a group and not lose any time.”

As he rides for a WorldTour side Smit was unable to compete as a guest rider for any team, which meant he had no assistance from any teammates in the race.

“They assisted me with back-up and feeding, which helped me a lot. A big shout out to them,” he said, adding that racing without a team did not have any particular influence in the opening stage.

The Nelspruit local doesn’t have a time-trial bike in his possession so he expects to “lose a lot of time” in the second stage ITT tomorrow.

“I’ve got no expectations. I’m just trying to enjoy it. Today was an easy stage and I just took advantage of that,” Smit said.