Liezel Jordaan said her timing had largely contributed to her victory in the 97km Fast One cycle race in Meyerton, Gauteng, yesterday.

Jordaan has had a successful start to the season, winning the Western Cape Road Champs time-trial and road race and now the Fast One. 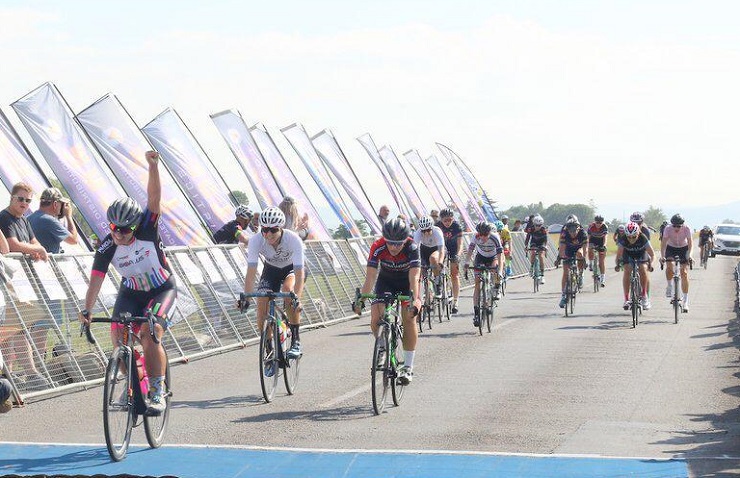 With the Fast One boasting such a strong field, Jordaan said her result came as a surprise.

“I didn’t go into the race with any real expectations, just to enjoy it,” Jordaan told In the Bunch.

“I think it [her victory] all came down to timing. I was able to go at just the right moment and it worked out pretty well.

“I was waiting for them to still come past [me], because I thought I might’ve gone too early.

“But I couldn’t believe it when I crossed the line in first [place].”

The 23-year-old said the wind was an important factor during the race, preventing any real breakaways.

“Everyone was fighting for a good position and there was a lot of guttering occurring.

“Despite countless attacks, it was difficult to break the bunch up.

“Nearing the finish everyone was trying to get to the right-hand side to get some wind coverage.”

That was when Jordaan’s intuition kicked in – to follow any dangerous moves and execute.

The wind, together with the various attacks, were the main challenges on the day, she added.

“It was all about where you were mentally in the race.”

Jordaan said in her view Maroesjka Matthee and Kim le Court, both renowned sprinters, were the initial race favourites.

But she said Cycle Nation’s Joanna van de Winkel and the whole of team Demacon, which was the dominant outfit last year, pushed her the hardest in the race, but “in a positive way”.

The Customized Cycling-Bioplus rider said her preparations over the last few months had not gone according to plan due to work commitments.

She gave a lot of the credit for her victory to her coach, mountain-biker Jennie Stenerhag, whom she said provided much assistance both on and off the bike.

“I usually trust my coach to get me where I need to be for races.

“It’s difficult, though, because many times work interferes with my training. Luckily I have a very understanding and flexible coach.”