The Outdshoorn resident completed the 160km ultra-marathon in 6:21:20 to finish fifth overall.

The major break of the day occurred at the first climb, around 10km into the race. It comprised four men, among them ultimate men’s winner Jaco Davel and Bennie Viljoen, who finished second.

De Villiers said she, Waldo Zevenster and Wesley Lentz went clear shortly thereafter and remained together to the end. 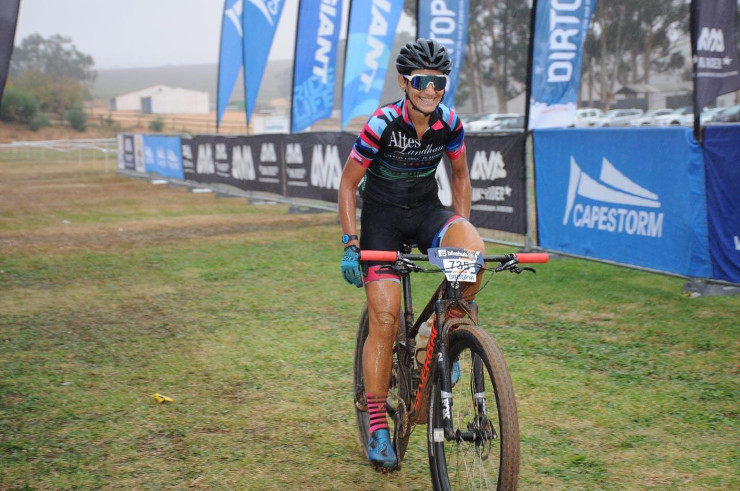 “We passed two of the guys in the front group on our way to the finish. They unfortunately suffered mechanicals.”

She described the event as “quite tough”.

“The roads were really corrugated and when they weren’t it was really sandy.”

She added that windy and wet conditions also made racing difficult.

Apart from the corrugated and sandy road surfaces there were a lot of rolling hills.

“The actual climbing started in the last 30km. When I reached this section my legs were already hurting and now I still needed to keep on climbing.”

The 46-year-old mountain biker said she entered the race to build up her endurance capabilities, having recently returned from a break.

“I had an amazing first three months of the year and took a well-deserved break after that. I started training again at the end of March and had done a couple of local races like the Cradle Traverse.

“All the events were around 60km in length and quite short. So this 100 miler was really a shock to the system, but necessary to build endurance and form.”

Next up on her calendar is the Trek2Teebus with Neil Ungerer and thereafter the 36ONE MTB Challenge.