“I feel proud of my performance. However I do believe I can shoot for more.

“Racing at that level also teaches you what it is you need to work on as your weaknesses are very exposed.” 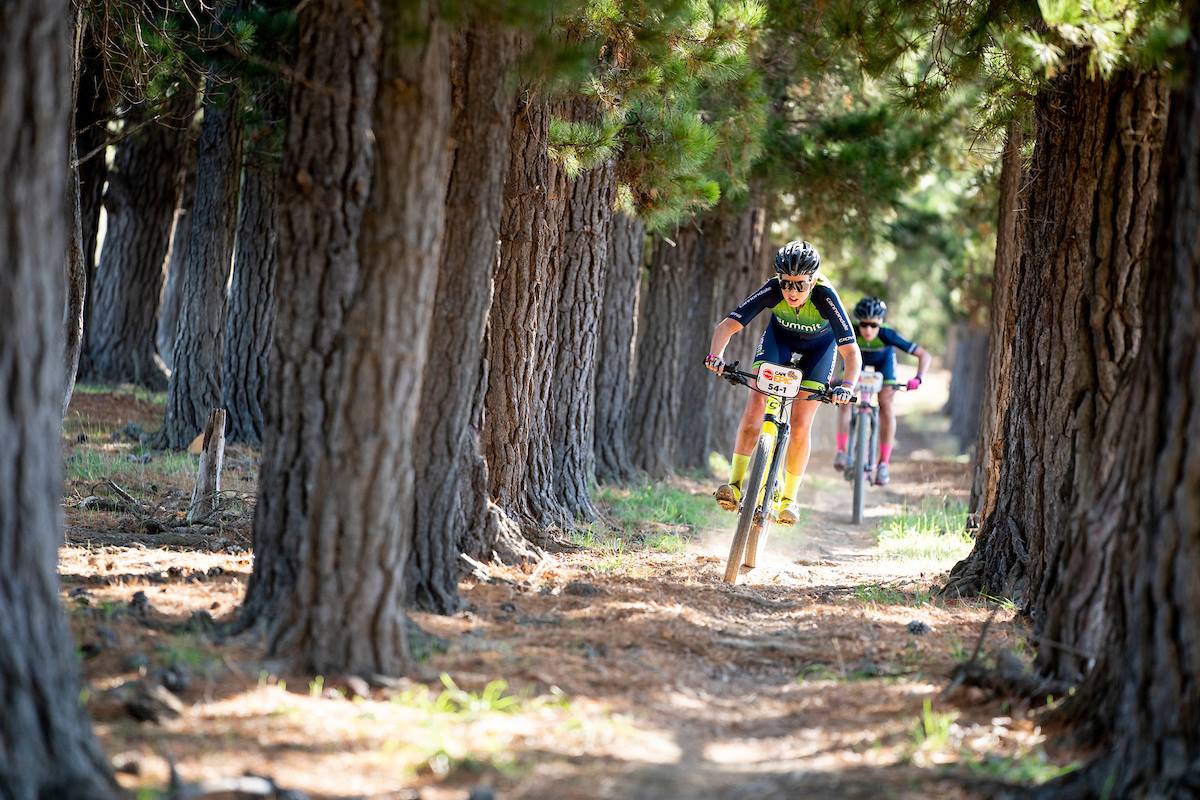 Candice Lill (front), pictured during this year’s Cape Epic, will compete in the SA MTB Cup Series in Pietermaritzburg this weekend, before heading to Vallnord, Andorra, and Les Gets, France, for the next two world cups. Photo: Nick Muzik/Cape Epic

It was knowing what to work on in order to improve her performance that was a major motivating factor, she said.

“The reason I say I’m more motivated than ever is that I really learnt a lot from mixing it up near the front and being with riders I’ve looked up to for a long time.

“It also showed me what I needed to be more aware of next time.”

In Nove Mesto she was 12th for most of the race but sadly lost concentration on the last lap and crashed, which cost her four positions.

“With a bit of preparation and more experience I could achieve a top-10, which would be my goal.”

Lill, who won the fourth round of the SA MTB Cup Series XCO last month, said she also learnt about maintaining momentum right to the end of the six laps.

“When you’re going 100% the whole way, suddenly the smallest obstacle or technical sections seem harder than they actually are.

“I guess the way to compare it would be if you were going to write an exam. It requires so much concentration, but your heart rate is at its max. Now to focus on the fine details is really an art. This is something I need to learn more of.”

Lill especially enjoyed the Nove Mesto course, which she said was great fun and often rated as the best world cup circuit.

“There are a lot of technical obstacles but they’re not impossible, so it’s a good level of challenge for everyone. The crowds were also insane, which makes the atmosphere crazy.

“Albstadt, on the other hand, was not a technical course as such. It had steep climbs and downhills, but not big technical sections. The tricky part was as soon as it rained it became very slippery, so I had to just let go and go down some of the steep parts with confidence.

“I got it wrong once or twice, but it’s another great skill I gained.”

Lill also enjoyed the experience of travelling, seeing different countries and meeting new people, but felt happy to be home for a bit.

“Coming home is always the best part. Travelling also makes you appreciate the people in your life and all the things there are to be grateful for.”

She will line up at the SA MTB Cup Series in Pietermaritzburg this weekend, before heading to Vallnord, Andorra, and Les Gets, France, for the next two world cups during the first two weekends in July.

“This weekend I’ll hopefully get some good points, which will help with my starting positions for the world cups.