South African road champion Ashleigh Moolman Pasio turned around a run of bad luck to achieve a superb fourth place in the 10-stage Giro Rosa that finished in Udine, Italy, at the weekend.

The 33-year-old said it was a rollercoaster of a tour for her. It started well with a podium in the team time trial and stage wins for CCC-Liv teammate Marianne Vos, but then things hit rock bottom for her.

“Halfway through I hit a real low, physically. My body was under a lot of stress with stomach issues forming part of this,” Moolman Pasio told In the Bunch.

This was already evident during the fifth stage, although she managed to hang in and finish in the chasing bunch behind eventual winner Annemiek van Vleuten. 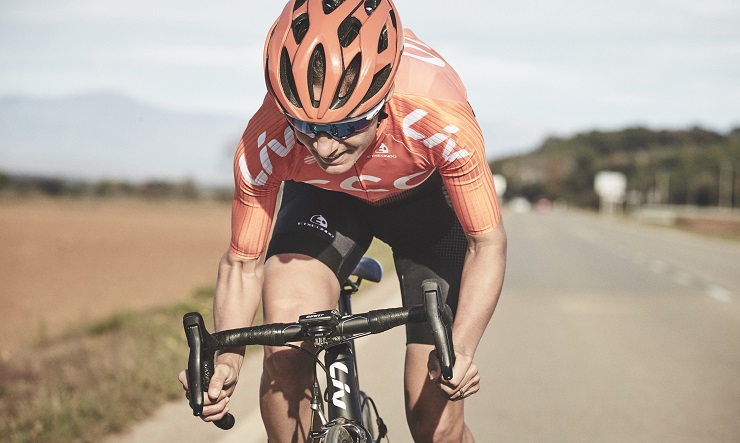 “It came very close to me being dropped on the climb so I was grateful to hang in there and save the day,” said Moolman Pasio, who placed seventh on the day and third overall.

The following stage consisted of a 12.1km individual time-trial and that was when she felt extremely unwell. She was still struggling with her stomach, not knowing what the problem was.

“This was unfortunate because with an ITT there is nowhere to hide. It’s all up to your individual performance.

“My body was just not working very well and my stomach wasn’t communicating with the rest of me. It was mentally very hard to deal with another blow.”

Luckily, with the advice of team doctors and her coach, they managed to treat her gastritis which responded well with the right medication. During the next few days she started to pick up again and feel better.

“I still had hope on stage nine to try and rescue my tour, but to podium after such a bad ITT was really a tall order. But it was possible to move up to the top five on GC and that’s exactly what I did.

“To finish third on the day and fourth on GC, I’m really proud of the way I managed to make a comeback,” said Moolman Pasio, who kept her overall place when the final stage concluded.

“I can leave the Giro feeling satisfied that I gave absolutely everything I could and that I managed to turn things around.”

Moolman Pasio hoped that next year things would go smoother for her in the build-up to the Giro.

“I’d like to go there with unfinished business and to really challenge Annemiek for the win, which is still something I aspire to achieve. For now, I’m just happy and proud of the way I managed to turn bad luck around.”

The latest hardship added to an already “incredibly challenging” year. It started with illness and allergies at the Tour Down Under and then came a bad crash at the SA road champs. This was followed by another accident in the Amstel Gold where she injured her back, before she was forced to take time off after being unable to finish the Liège-Bastogne-Liège.

“I had to take a total break of 10 days. Actually the doctor told me I had to take six weeks off, which I didn’t do. So, I was happy to make a comeback and have a good Tour of California, which gave me a glimmer of hope that I could rescue my season and be good for the Giro.”

She then made a decision to race the Women’s Tour as part of her Giro prep and again had bad luck due to potholes and crashes in the peloton, which again left her with an injured back just weeks before the Italian tour.

“For 10 days I had really bad bruising and swelling in my back, but I did my best to work through it and train as much as I could, considering the problem.”

Moolman Pasio added that due to all these factors occurring this year, her body had been under a lot of stress, especially as she put pressure on it to recover fast.

“I think the accumulation of all of this added up and I hit rock bottom during the middle of the Giro.”

Next up for her is today’s La Course by Le Tour de France, in which she placed third last year.

“The course is not as challenging as it was last year. There isn’t an uphill finish, but it is still very exciting and more a classic-style sort of course with a circuit race that includes a tough, short climb near the end.

“I’m looking forward to racing hard, going for that podium and continuing to strive and find that rhythm again this season.

“Hopefully [I’ll have] no more bad luck so I can get to the level of performance I know I can achieve.”