Henry Liebenberg handed himself a late birthday present with an emphatic victory in the U23 race at the South African XCO Championships in the City of Gold yesterday.

“My morale was really high in the lead-up to the event and I knew with my form I had a good chance,” said the 21-year-old, who races out of Hilton in KwaZulu-Natal, after beating Julian Jessop and Marco Joubert into the minor podium placings at Thaba Trails.

“To make the most of the opportunity and to capitalise is really special.” 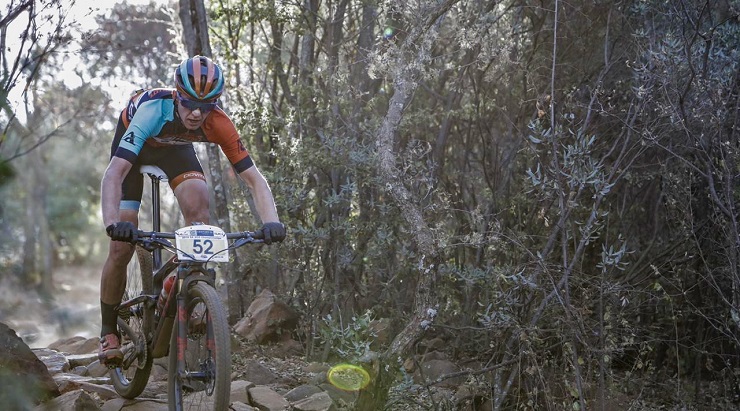 Liebenberg, who beat Jessop in a sprint to win the elite title at the recent KZN XCO championships, said the national title had been a “long-term plan” and “a dream come true”.

“It started five years ago; actually at Thaba Trails with a third place in the youth category. I’ve been on the podium every year since then.”

Yesterday the Absolute Motion rider led from the get-go.

“I managed to take the lead on the first lap. Julian then attacked on the second lap and I managed to follow and from there it was the two of us out front.

“Julian kept hammering it for two laps. On lap four I saw he started making some mistakes and so I attacked up one of the climbs going really deep, got a gap and then tried to keep it safe and controlled all the way to the finish.”

He felt the course designers had put together a superb course, saying its technical aspects demanded a lot of concentration.

The unassuming youngster has made huge strides in a short time and, although he also took part in marathon races, said his focus would remain on cross-country.

He was now hoping to show off his national jersey on the World Cup circuit.

“I hope some people saw my performance yesterday. Hopefully in the next year or so I will be able to get a contract from one of the big South African teams or find a sponsor to support my goals.”

He said he might be at the final two World Cup races of the year to show his intent for 2020.

“If I’m able to get a good sponsor then the goal would be to do the World Cup circuit next year.”

If he continues to improve, Liebenberg could well be the rider to follow in the tyre tracks of Olympian Alan Hatherly, who blitzed his was to another elite title at the same event.