Tiffany Keep achieved all her objectives when she won the U23 category by a substantial margin at the South African MTB XCO National Championships in Johannesburg yesterday.

The 18-year-old, winner of the recent USSA Cycling Tournament, set out to race her hardest, with consistent lap times, and to stay smooth on her bike.

“I feel I achieved those objectives, which made me quite satisfied and happy with my performance,” said the Hillcrest resident. 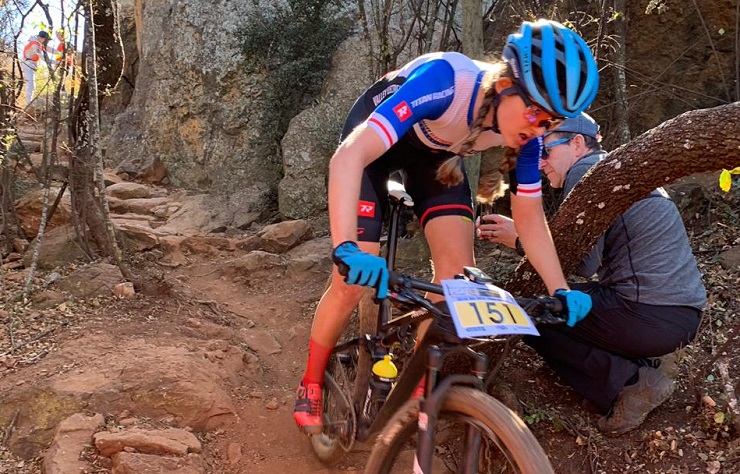 The Valley Electrical-Titan Racing rider said the race started well and she managed to build up a small lead going into the first bit of single-track.

Danielle Strydom, who ultimately placed second, was on her wheel until the first rock-garden section.

“I managed to pull a bigger gap and from there on I just focused on racing my own race and staying smooth and consistent.”

The U23 national road and time-trial champ ended up completing the five laps in 1:26:06, five minutes ahead of Strydom.

“In terms of strategies it was quite difficult for me to have any besides going full gas from the word go because that’s generally what a cross-country race is like.

“Also [there was] the fact that they split the elites and U23s so there was a two-minute gap between us.

“Usually I’d be chasing the elites, but it was a bit difficult because I went off the front and there was no one really directly in front of me to chase, so then it became a race against myself.”

She said the course suited her and she enjoyed the punchy, sharp climbs separated by technical sections.

“The rocky, loose terrain meant you had to stay smooth the whole time. Also, if you lost concentration for a split second it could’ve ended badly for you.

“The altitude made it even more challenging,” said Keep, who claimed her seventh title in the event.

“It’s been quite an experience for me. Every year I feel I’ve grown so much as a cyclist and person. It’s special to win the jersey again.”