After her best World Cup result two weeks ago, defending champion Mariske Strauss is primed to add to her haul of national titles at the South African MTB XCO National Championships at Thaba Trails in Johannesburg.

“Preparation has gone really well, everything seems to be going in the right direction,” Strauss said about her upcoming title defence while travelling back from this weekend’s World Cup race at Les Gets in France.

“My form is great; I had a bit of a hiccup this weekend but before that I started finding my mojo again,” said the OMX Pro Team rider, referring to her 13th place finish at altitude in Andorra.

“Overall it’s been a good two weeks in Europe and great prep for this weekend. 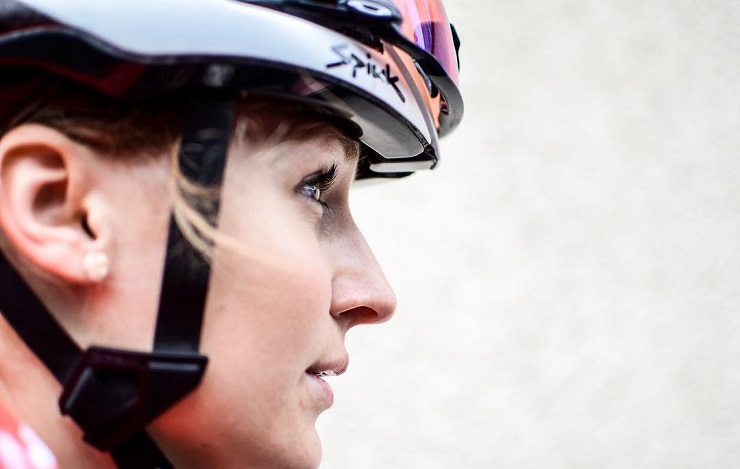 “I do like the course, it’s nice and loose with some good rocky sections which can be quite technical – that’s if it hasn’t changed.”

She named several potential rivals but highlighted Candice Lill – who placed in the top 20 at Les Gets – as her main challenger in the battle for the coveted national jersey.

“Candice has been really strong so she will definitely put on a good fight,” said Strauss, while giving little away about her strategy for race day. “It’s always been a big event on my calendar and always will be.

“It’s an honour to represent your country on your kit, especially on the big stage like the UCI circuit,” she said, a fact that was obvious when Daryl Impey pointed to the national flag on his jersey during his inspirational stage victory at the Tour de France earlier this week.

“It’s a chance to showcase our country’s colours on the world stage so it’s an honour to take the jersey home and carry it with you for the next year.”

After 15 national titles across various age groups, Strauss said she had lost none of her motivation. She will spend a week at home before she is off to Europe again for two more World Cup events in the lead-up to the cross-country Worlds in Canada.

“So quite a tight schedule,” she chuckled. “I can’t believe how quickly this season is going.”