Alex Worsdale retained the yellow jersey throughout the four-day Mpumalanga Tour, claiming the title following a tight finish at the Mbombela Stadium today.

The 20-year-old, who was also the best U23 rider, said it felt unreal to have won as he had not expected it at all.

“I was expecting to come to work for the team but after winning stage one and getting the time bonus I started to rethink why I was here,” said the OfficeGuru rider, who had competed in the tour twice before.

Worsdale, who won three of the four stages, came close to losing the jersey at the final hurdle with NAD rider Nico Bell‘s win today, which left him with just a six-second lead in the general classification. 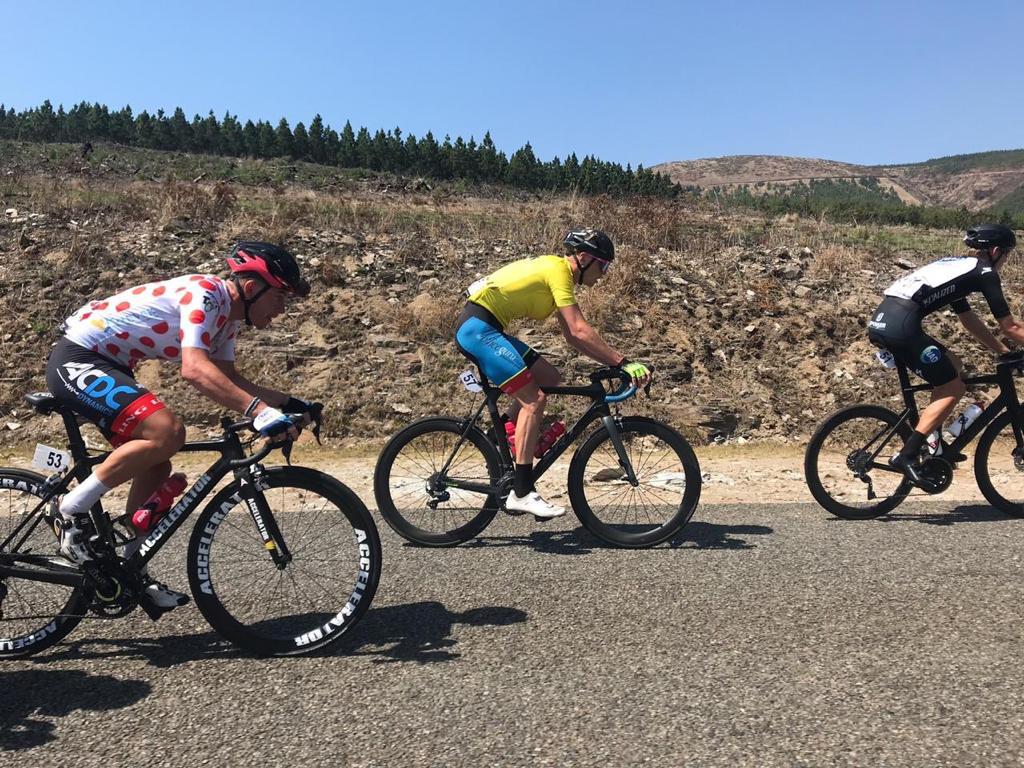 “It feels like quite a relief that I was able to pull off the win as it could’ve gone either way,” Worsdale said.

The Pretoria resident felt the route suited him as there was a fair amount of climbing. The sprint sections also played in his favour.

“My team members set me up perfectly to be able to go for the sprints, which tired everyone else out as the field was quite small, especially after the climbs.

“This made the racing hard as we couldn’t let anyone go or rely on other teams to close the gaps.”

He added, however, that it did make it easier to isolate Bell and teammate Wessel Botha, who were their strongest competition.

“The 90.1km first stage had one climb that was calm and controlled as the NAD team were chasing my teammate Chris [Jooste], who was in the break.

“Then Andrew [Edwards], who was also in my team, went after the descent and stayed away almost all the way to the line when Chris was caught, so I was able to sit on most of the way and wait for the sprint.”

The 121km second stage was flat and featured an out-and-back route.

“A break went after a few kilometres where we had Andrew and Devin [Shortt] representing us. They went out to around nine minutes, at which point Nico decided to bring it back.

“We closed them on the way back and it came down to a sprint again.”

On the 90.3km third stage his team controlled the race and only let the breakaway get to around a minute and a half for the first part of the race.

Then Worsdale and the rest of his team reached the start of a climb where they increased the pace.

“We reeled the break in quite quickly and about eight riders made it over the top. Only Chris and I from our team were there.

“NAD decided to control the race as they went over a second climb just before the finish and it eventually came down to a downhill sprint.”

He said the 148.3km final stage was the longest and featured several climbs.

“This was definitely the hardest day as NAD came at us with everything in the last 50km.”

The University Sports South Africa cycling tournament champion said the win meant a lot to him due to it being his first elite tour victory.

“I think it shows a positive direction as to where my career is going.

“Tour of Windhoek is next and this is definitely a confidence booster, but the field is going to be very different.”