Bester said they started the 60km race in the rain and he knew that in those conditions it would be important to stay out in front and to ride cautiously.

“We started at a furious pace and after about 4km we were only five or six guys together in the front group.

“About 6km in Erick Heyns went into a long uphill drag singletrack first and held a solid hard pace till the top.” 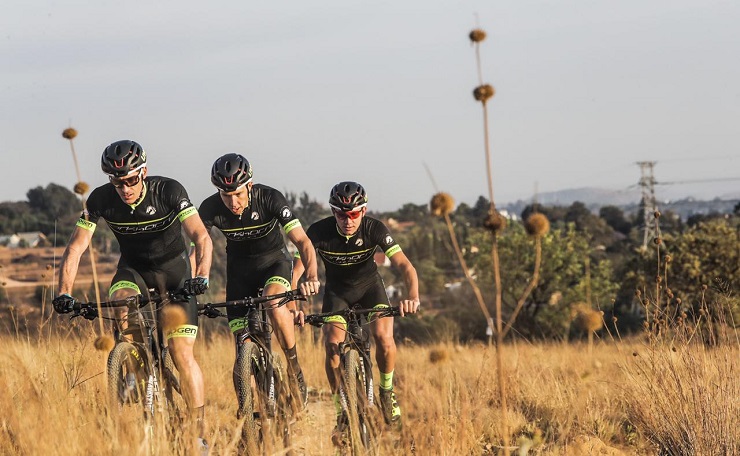 Bester added that they managed to break the group down to three riders.

“I took over from Erick after the long draw and put on the pressure at every chance I had. After 8km the group was whittled down to just the two of us.

“From there on it was myself and Erick who worked well together to quickly open up a gap on the chasing group.”

He said 40km in he saw his chance to forge ahead on a tough uphill section that had loose gravel.

“I put in a big effort there and had opened up a substantial gap when I reached the top. From there I put my head down and just went for as long and as hard as possible.”

Bester said a challenge was the rain, which made the route very slippery. This meant they had to take the corners extra cautiously.

“The route however really suited my road-racing background as it was a flat, fast and tactical race.”

He added that he was ecstatic at having achieved his third consecutive win.

“It’s always an honour to come back year after year to try and defend your title, no matter which event it is. There’s a certain kind of satisfaction that you don’t get by winning a race only once.

“I’m really happy with my form also. I had a little break from training a few weeks ago and it looks like my form is already back where it was before the break.”