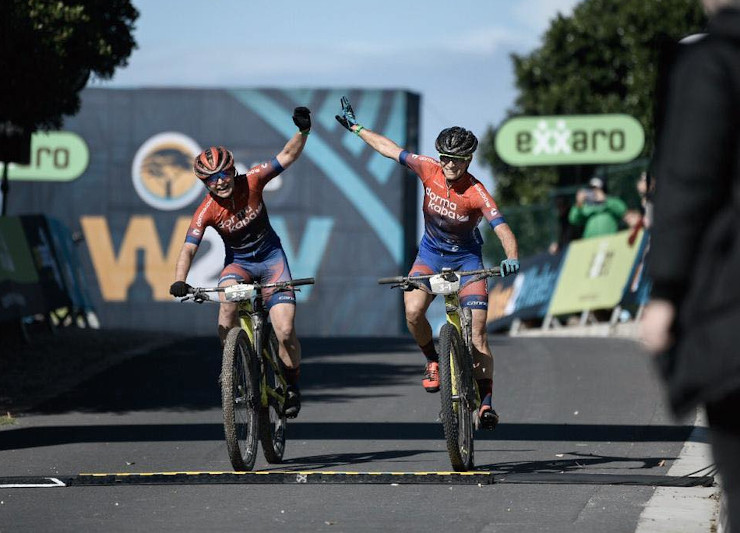 The dormakaba duo, who were more than a minute behind Candice Lill and Adelheid Morath on stage one, not only minimised their gap to three seconds on stage two but also won the final day’s racing ahead of the latter to top the overall women’s podium.

Third on the day and overall were Jennie Stenerhag and Nadine Rieder.

The men’s competition was won by Michiel van Aelbroeck and Erik Kleinhans. They were followed by Marc Greyling and Rohan Kennedy, while Marko Visser and Raymond van Niekerk rounded out the podium.

Ziehaad Salie and Ila Stow rode away with the victory in the mixed event. Nicola Walker and Matthew Gillett finished in second with Steve Pylyser and Sylvie Allaert third.