Fresh from his win at the Crocodile Trophy mountain bike race in Australia, Alan Gordon added the Limpopo Provincial Championship title to his palmares in Tzaneen yesterday.

The champs formed part of the Insect Classic event that took place in Magoebaskloof.

Gordon crossed the line four minutes ahead of CP van Wyk, who placed ninth in the eight-day Crocodile Trophy. 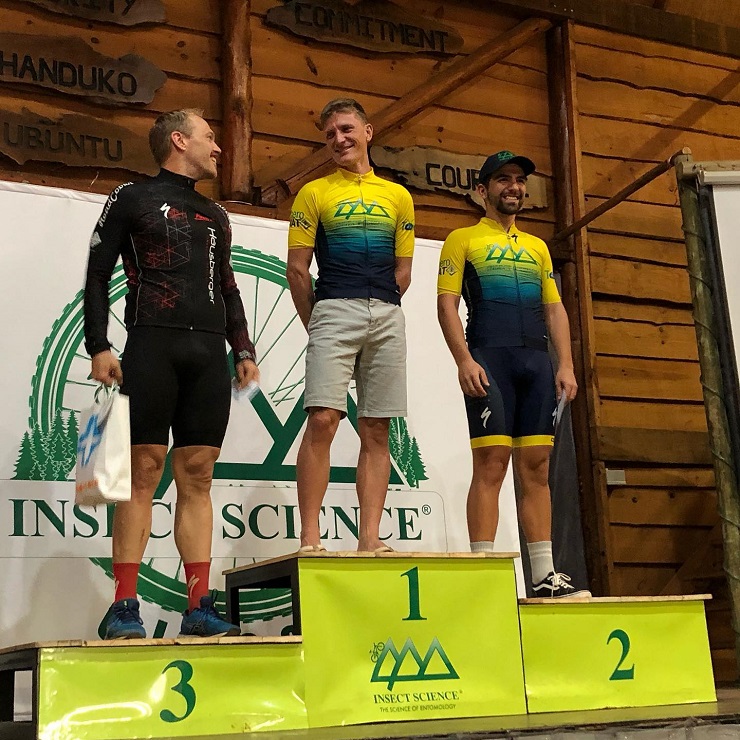 This was Gordon’s fourth victory in the race in four years. Rory Button completed the podium.

“It’s always a good feeling to win, also because of Insect Science being the main sponsor of the event,” Gordon said.

“And because of it being a local event for me the support from the community is just great.”

The Insect Science rider said he and Van Wyk rode together quite a bit during the 70km race.

“I had an advantage knowing the area and what to except.

“It made it a bit easier to take the win in the end.”

He said it rained in the days leading up to the event, but ultimately the weather did not affect the racing.

“On the race day it was overcast and in some places we had thick mist. The temperature was actually perfect: nice and cool.

“The view from on top of the mountains was just breathtaking.”

The next race for him will be the 947 Ride Joburg on the 17th, which will bring his year’s racing to an end.

“The secret is to enjoy what you do, stay committed and the results will follow.”