The 26-year-old said the men and women started the 70km mountain bike race, previously known as the Magoebaskloof MTB Classic, together.

Men’s winner Alan Gordon rode patiently at the back of the group until the first climb, said Hill.

“He gently squeezed the pace and I watched as everyone fell off the back of his wheel.

“I tried my best to join in, but knowing the Magoeba area… these climbs are not short!”

Hill said she came into the race blind, basically unaware of the route. 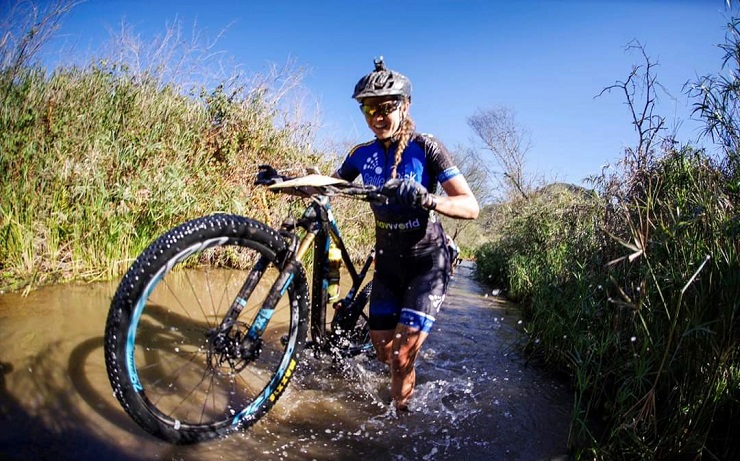 “As I was pedalling over World’s View I was amazed by the 1 800m-above-sea-level terrain – this place is just absolutely unique.

“The loads of mist on the top of the mountains created this silent magic as you raced throughout the event.”

She said you could hear yourself, the bike’s tyres, and “nature wrapping itself around you”.

Hill stayed on her own after the second climb of the day and was able to maintain her advantage to take the win over Sanevey Scriven by nearly one hour.

Dorothy Rood finished more than half an hour later to take third.

Hill said she enjoyed riding on her own. “I needed the time to think and appreciate how far I’ve come this year.”

The Joburg local said she loved every event hosted in the Magoebaskloof area.

“It’s truly magical with its mystical ambiance and passionate atmosphere.

“I love the camaraderie that the people of Limpopo have to offer.”

She said the school, Stanford College, set up projectors and a surround sound system so the riders could watch the Rugby World Cup final afterwards.

“There was beer and gin and tonic on tap, and oh my word the gees! I’ve never been so stoked to watch rugby in my life.”

She said she and her boyfriend Rory Button, who finished third in the men’s event, came down together for the event.

“Not only does the area support a romantic weekend away, but the riding here makes you want to stay outside all day.”

Tomorrow they will go hiking and enjoy one last day outside the city before heading home.