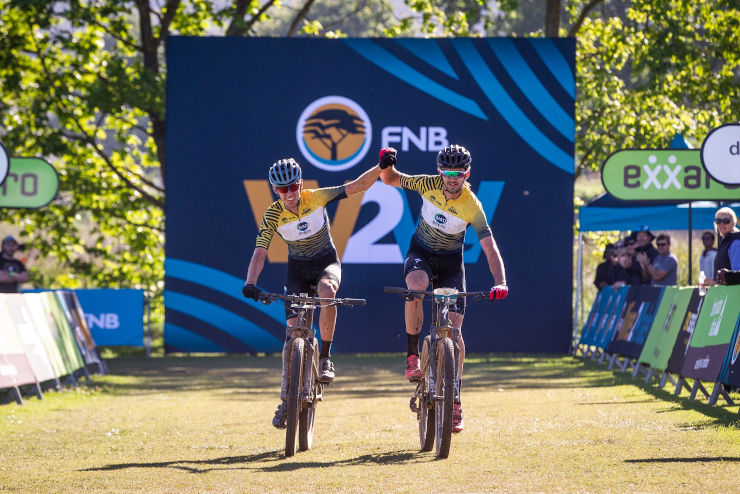 They completed the 64km second stage about a minute and half ahead of Arno du Toit and Gert Heyns.

NAD MTB Pro’s Beers set a high tempo on the first climb of the day, leaving only his teammate, Buys, Beukes, Du Toit and Heyns still in touch.

“The plan was to make it tough from the start,” said Beers.

“I saw HB Kruger and Frans Claes trying to close the gap between us after the climb, so I drove on again.”

He said the more riders there were in the front group, the harder it became to safely navigate the single-track sections.

“Because of that I really didn’t want them to catch us.”

Beers maintained a consistent, fast pace and after the first 47km he and Botha launched their winning move.

He increased the tempo on the climb towards the Hickory Shack waterpoint.

The first to fall behind were Pyga-Eurosteel’s Beukes and Buys.

Not long thereafter, the DSV Pro Cycling pair started to falter. They tried to hold on but with 10km remaining the elastic snapped, leaving Beers and Botha to take a comfortable victory.

“I think Matt is probably the best mountain biker in the country right now,” said Botha. “It’s an honour to race alongside him.”