Steven van Heerden says he is well prepared for the 947 Ride Joburg on Sunday, especially after training on the track in preparation for two other important upcoming events.

Van Heerden, who placed second last year, has been gearing up for next month’s Paarl 6 as well as the Six Day Melbourne in February. 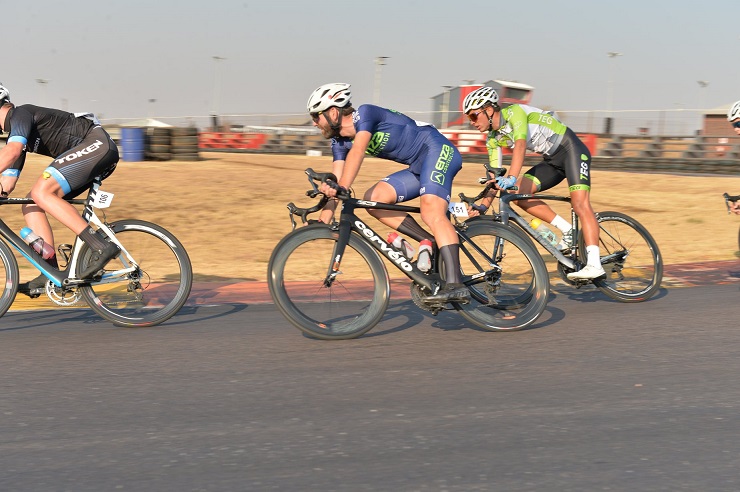 The 26-year-old said last year he finished second behind former BCX teammate Brandon Downes, so it was a good race for the team.

“This year we’re looking at doing the same. The guys in our Enza team are all in good form at the moment so we can play it out any way.

“With it being the last big road race of the year everyone wants to do well.”

Van Heerden said during the race they would work with the strengths of Nolan Hoffman, David Maree and himself.

“Between us we have a lot of bases covered.”

He added that he did not think they would make many changes to last year’s tactics.

“The route is the same and the team are strong enough to ride it any way it pans out.

“The 94.7km route is tough from the start, so it will demand focus from the beginning.

“The route is hard and fast at the same time, which will suit me – the hard climbs where I’ll be able to go over the top with the faster climbers and the fast sections where my track background will help me.”

Van Heerden said winning the race would mean a lot to a rider’s career.

“It’s the second biggest one-day mass participation event in Africa, and I think the world as well.”

He added that he was happy with the way his season had gone thus far.

“After 947 I’ve got Double Century and then JHB Omnium, Paarl 6 and Paarl Boxing Day. I also have an early start to 2020 on the track side with continental champs in January.

“The team is finalising the smaller details for 2020, but we will be carrying on. Then on the track-racing side I’m looking at going over to Australia in March and the USA in June.

“A big goal for me will be the Six Day Melbourne.”