South African endurance cyclist Mike Woolnough will try to keep moving and spend as little time off the bike as possible when he tackles The Munga for a fifth time. The gruelling event starts in Bloemfontein today.

The 59-year-old, who overcame sleep deprivation to claim his fourth title in the Race to Rhodes earlier this year, said over the last number of years he had worked on transitioning as fast as possible between riding and sleeping.

“Unless I plan to sleep, I put myself on the clock and aim to get out the door inside of 15 minutes.

“It means having a practised routine and reminding yourself as you get off the bike that the clock is running.”

He added that last year, in his fourth Munga, he was able to get 775km into the 1 000km race before having a power nap next to the road.

“If I have any superpower it’s the ability to ride for 40+ hours before needing to sleep. I think I can get away with two hours in total.”

Woolnough said this year he had been a lot more methodical in his race preparation. 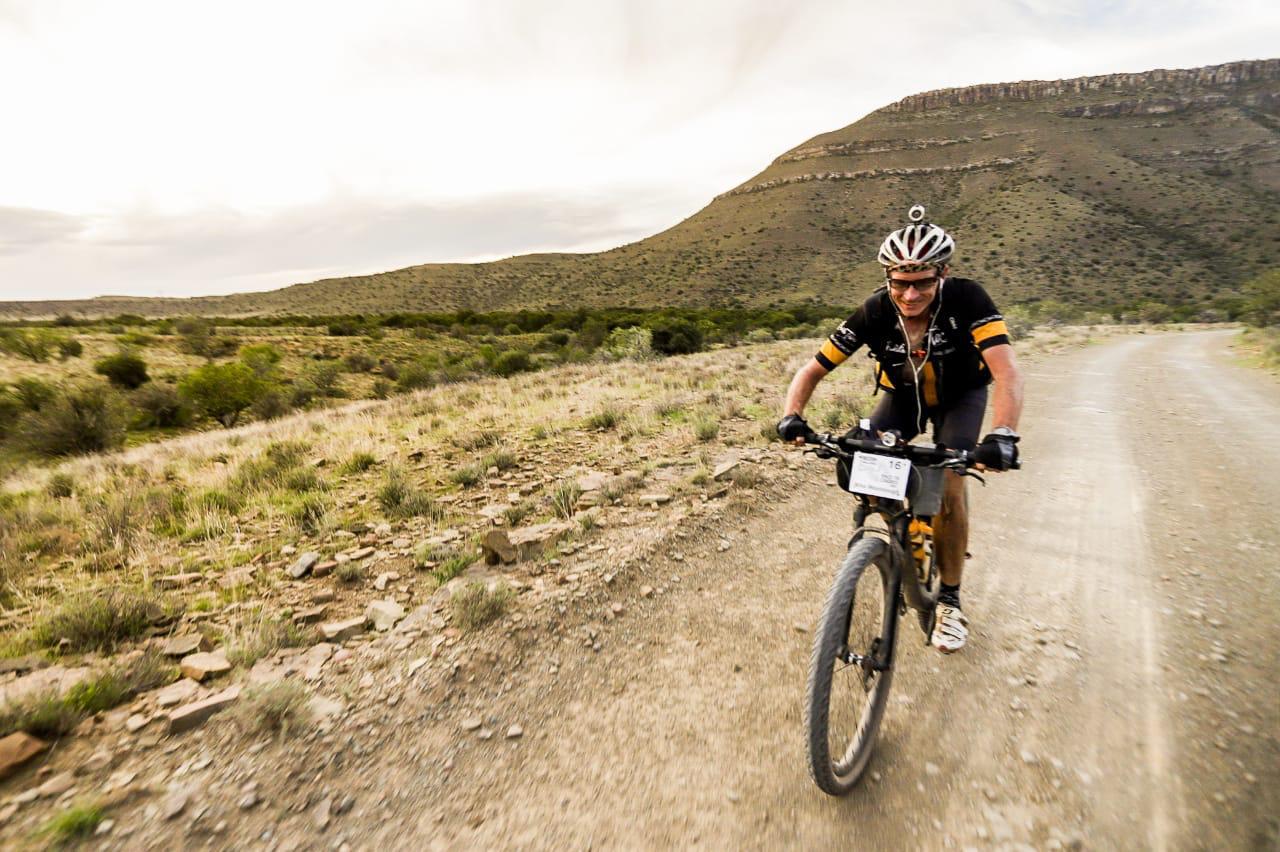 “If the data is to be believed I am in the best shape I have been before a big event.

“The physiological adaption of a 30-year-old is clearly not the same as that of a 60-year-old athlete, so the data needs to be taken with a pinch of salt.

“Measured against last year’s numbers the metrics indicate that I’m in reasonable shape.”

He said mentally it was hard to tell, and up until two weeks ago when he started to taper off his training he was feeling confident.

“Now pre-race doubts surface as they do every year. I constantly remind myself that I’ve done the hard work and there’s nothing more I could have done to prepare.”

Woolnough, who has achieved a top-10 medal in each of his finishes with his best result being third in 2016, felt the race preparation of an ultra-endurance athlete differed significantly from that of riders doing one-day or stage races.

“We typically race no more than a handful of events a year. The physical adaption required to pedal for days at a time is key.

“The high-intensity efforts required in short races have little value in multi-day, non-stop events. Added to that are the challenges of dealing with weather extremes. In the winter months it’s sub-zero temperatures.”

He added that The Munga was a race that traversed a desert in summer where temperature routinely reached into the mid-40s and to thrive under those conditions meant one needed to specifically train for them.

“You need to give careful attention to your hydration requirements as well as ensure you are adapted to the heat. These added challenges mean you need to be more than just an athlete who can turn their pedals over quickly.

“How you dress, what you carry and how you mentally engage with the challenges of heat and cold mean you need to be a more rounded athlete than just being fast.

“The mental aspect of this type of race cannot be underestimated. Anyone hoping to give it a good shot has been preparing for months and has spent hours running through the numbers of distance, speed and time as well as having a good look at the weather forecast and gone through their list of kit a dozen times.

“There are no soft options in this race. It’s hard for every competitor. Getting to the start line hoping to wing it isn’t going to end well.”

Woolnough elaborated on this by stating that the challenges of The Munga were manifold, but he had found a way of dealing with these as best he could.

“Chief among them are the heat, a prevailing headwind and the challenge of sleep deprivation.

“I’ve spent the last few weeks getting heat-adapted. A heat wave in Gauteng a few weeks ago wasn’t wasted. I made a point of getting out on my bike every day as the mercury reached its zenith.

“I’ve also come up with a solution to cool my water bottles. Sounds fancy but it’s nothing more than a wet sock pulled over a water bottle which has a significant evaporative cooling effect.

“Wind is a faceless foe and apart from fitting aero bars to my bike, resignation is the best defence.”

He added that sleep deprivation was the one challenge most people battled with.

“I’ve gone toe to toe with sleep monsters for years and I like to think that when it gets critical I’m programmed to do the right thing, be it pushing on or reining in my bike and taking a power nap next to the road.”

Woolnough said riding The Munga as close to non-stop as he could was the challenge he was keen to explore.

“My best finishing time to date is 67 hours which is well beyond my sleepless record, so getting the right amount of sleep at the right time is key.

“I’d like to get under two and a half days (60 hours) which is a big ask, but if the weather doesn’t get too brutal I might have a shot at achieving that.”

He added that he would like to race his age in hours, which equated to 59 hours and 40 minutes, but that was an audacious goal.

“At the end of the day the best goal would be to finish and do the best that I can under the conditions I find myself faced with.”