Konny Looser says he is up to claiming a fifth successive Desert Dash title in Swakopmund, Namibia, this weekend.

The 30-year-old Swiss will line up for the gruelling 369km ultra-endurance mountain bike race in Kleine Kuppe tomorrow.

Though divided into six stages competitors in the Desert Dash have to complete the route, which is mainly through the Namib Desert, in under 24 hours. 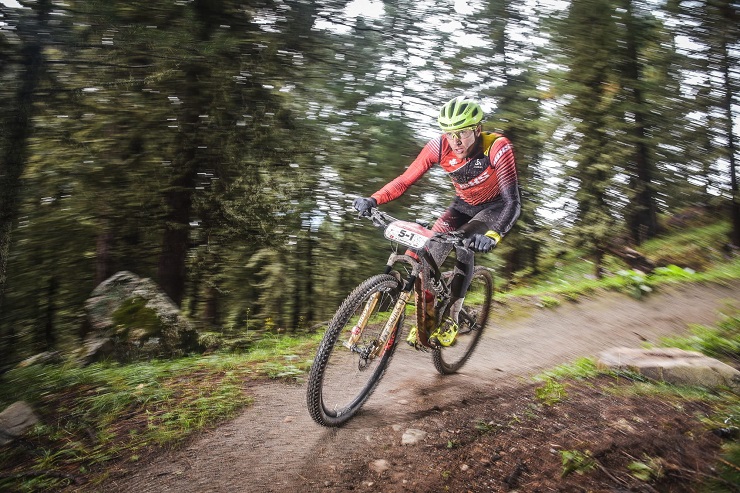 “For sure, if I start I’m going for another victory but I’m not racing because of numbers [of victories],” said Looser.

“I like the event and it was more because of circumstances that I’m racing again this year. There are other reasons why I’m here at the moment, but, for sure, a fifth victory would mean a lot to me.”

Looser said he was uncertain about his fitness on the eve of coming out to southern Africa.

“I’ve had a really long season which ended in Brazil with the Brazil Ride five weeks ago,” he said.

“Afterwards I took three weeks off and now I have only two weeks of training in my legs. But the feeling is good and I could do some good rides in Namibia already.”

Mentally he said his head would be his biggest “competitor” at this year’s event.

“I’ve had some ups and downs this season,” he said, adding that with “exciting news and goals ahead” in 2000 he would not be taking any risks.

“So if I’m not feeling 100% or have any troubles I have to make the right decisions.”

Looser said every year’s race was completely different so he always adapted his tactics to the challenge presented by the other competitors.

“I first have to ‘read’ the other guys and check what they look like and afterwards I create a tactic to ride them off.

“This year will be a new story as we start 30 minutes ahead of the teams, so there will be more tactics involved for us solo riders.

“Also my plans with the food never worked out as I wanted [previously] so I have to be creative in this way. But I never worry too much about it. Less thinking, more dirt.”

With regard to maintaining momentum throughout the challenge, Looser said he always made sure he never rode at his limit.

“Even if I feel really great at any one time I don’t push too hard in order to save that for the bad moments, and there are plenty of those over such a long distance.

“I always split the race into stages, with intervals. This is much easier for my head.”

Looser felt that for him the distance was a challenge in itself.

“I hardly ever train more than six hours, so the duration of the race is always special.

“But I have so much experience already that I think my body knows how to handle it and I fully trust in my system.

“Another challenge is that it’s always a mission with the feeding as it’s always different. Depending on the intensity I have to ride, I have to adapt the nutrition.”

He enjoyed the vibe before, during and after the race and said it was the biggest sporting event in Namibia, so everyone got excited beforehand.

“A highlight is the moment you reach the finish line. And for me, riding into the sunset in the middle of the Namib Desert is something unique.”

Looser said the reason he kept coming back to the event, and what attracted him to it in the first place, was simple.

“It’s the home of my girlfriend and at the first three editions we were here in the [northern] winter holidays, so I stayed here anyway.

“After my third win I didn’t want to come back, but then I needed a ring last year to make a proposal of marriage.

“Vera [Adrian]’s parents run a jewellery shop in Windhoek and I had to be here alone, so doing the Dash was the only excuse I had to come out from Switzerland without Vera.”

Looser said at first she was upset when he made the trip alone and she had to stay at home to work.

“But a few weeks afterwards she understood my ‘project’ as I had to suffer a lot for this ring.

“This year we came back together to make the final arrangements for our wedding in February. So I had to come to Namibia for other reasons. But again, if I’m here at the time of the Dash there’s nothing wrong with competing.”

He said technically the race was the start of his training for next year.

“It’s the last race for me this year and it’s special because it will be my final race in the colours of the BiXS pro-team after seven years of representing them.

“It wasn’t my best season this year as I had to deal with some problems of a muscular dysbalance, but this can happen and I’m looking forward to the upcoming season.

“I can only say this much: there will be a new chapter in my career and there will be some major changes for next year. I’m super excited about it and happy it all worked out for me.”