David Maree achieved his main objective when he won the points race at the African Continental Track Championships which finished in Cairo, Egypt, yesterday.

The 30-year-old also won gold in the omnium, silver in the scratch race and bronze in the team pursuit.

“I was very happy to walk away with the win in the points as that was my main goal for the champs. Everything else was a bonus,” said Maree.

“I wanted a medal in the omnium, but was not set on what colour yet as fellow South African Steven van Heerden is always very good at it.” 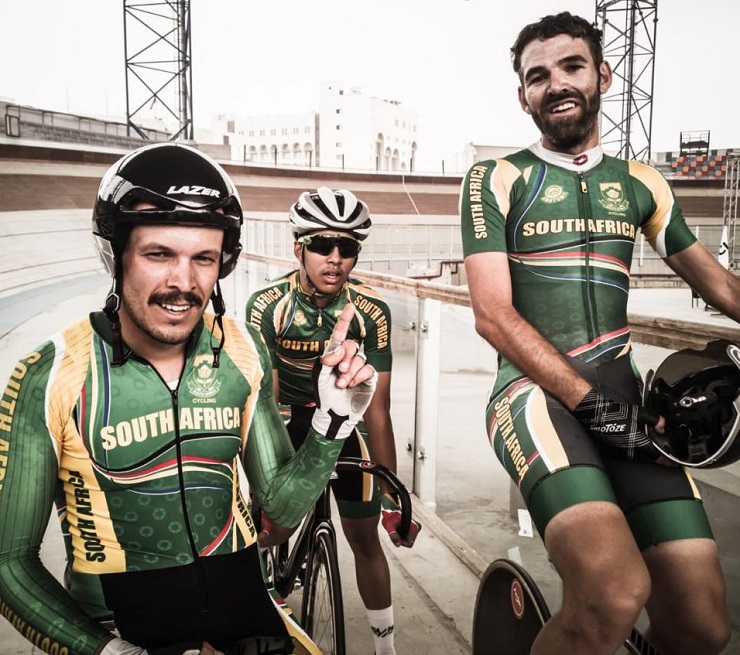 He added that he always knew the event would be tough as the other African nations were getting better every year.

“The team pursuit was a bit of a disappointment, but after that we decided to make up for that loss.

“The pursuit was a bit of a disaster as we have never ridden together and we fell apart a bit. But in the other events I think we rode very good tactical races, winning all three of the other events I competed in, with Josh [van Wyk] winning scratch.

“Points was the best event for me as I felt the most in control.”

Maree said they were in control in most of the events, but the competition was getting tougher.

“Some of the other nations spend their whole year in Europe doing track racing, so the level keeps going up.

“It’s also very tactical in most of the races as nations do tend to work together.”

All in all, he felt the experience was good for him and the rest of the national team.

“Conditions were quite cold, windy and wet but the racing was very good.

“We achieved the goals we came here for. It was important for South Africa to score the points and we did that.

“Thank you to all the staff for the hard work and also everybody who made it possible for us to get here.”

Maree said he would switch his attention to the road for a while.

“But with SA track champs around the corner I will keep focusing on the track.”