Frankie du Toit began her season with a win in the first round of the WC Downhill Cup – and is now aiming for bigger and better things in her promising career as a top downhill and enduro rider. 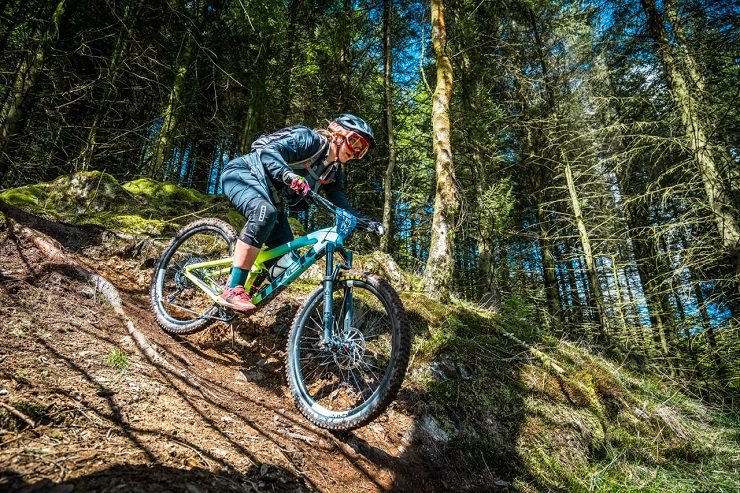 Frankie du Toit began her season with a win in the first round of the WC Downhill Cup. Photo: Supplied

The 22-year-old is focusing on the gravity side of mountain biking, which includes both the aforementioned disciplines.

“I’ll be focusing on the local gravity scene and then hopefully heading over to Europe to race some of the Enduro World Series races,” Du Toit said.

“I’m hoping to get to the Enduro World Championships, also called the Trophy of Nations, in September.

“No gravity MTB is part of the Olympics unfortunately, so that’s not really on my radar at the moment,” said Du Toit, who focuses more on enduro than downhill, but finds that the latter complements the former well.

The Stellenbosch local said last weekend’s Downhill Cup event in Paarl was her first race of the year, so she was happy with the way her season had started.

“I’ve been sick pretty much since the beginning of the year. As I hadn’t been on my bike much I was hoping to just get down in a clean run and get used to being back on my bike.

“Obviously I wanted to do as well as possible so I’m very happy with how it turned out.”

Athough Du Toit has an enduro bike, she opted to take part in the downhill category at the event.

“Downhill is formatted, so each rider has a timed seeding run and a timed race run.

“At this event we ran it that both timed runs counted and your best time out of the two was your final time.

“We get to ride and practise the course on the day as well as the day before, and are shuttled up to the top of the track so we know what’s coming. The goal is obviously to go as fast as you can.”

She added that she enjoyed the track, even though it was relatively short.

“The ground surface is quite slippery which I found challenging, but otherwise I enjoyed it.

“You also only have one run – well in this case two – to make it count, so there’s a lot of pressure on you.

“I struggle with that, but it’s an element of downhill racing that makes it more exciting.

“The courses are also physically challenging, and especially for me I struggle with some of the technical aspects of the course. But I’m working to be better at it.”

Du Toit said downhill was a “huge challenge” for her and she loved a challenge.

“I enjoy working through features on the track that I struggle with and I enjoy the flat-out style of racing.

“The people who do downhill are also so friendly and inclusive, and the vibe at the races is so much better than with other forms of riding.”

She felt however that there were not enough women riding gravity.

“They should definitely come check it out. It’s such a fun format of racing and super inclusive and not as scary as they think.”