South African road and track star Maroesjka Matthee‘s dream of racing for a professional outfit in Europe came true when she recently signed with the Belgium-based Team Ciclotel. 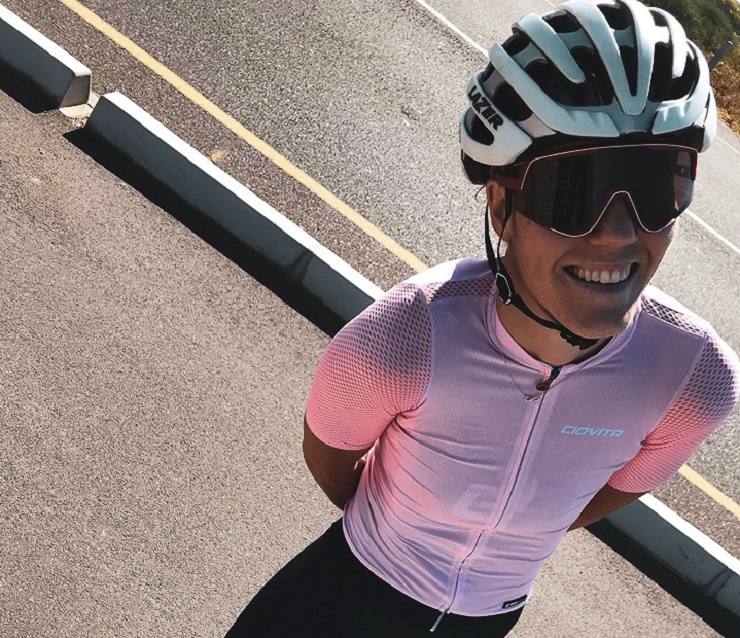 The 31-year-old, who won the road race at the African Games last year, said she was over the moon – mostly because she had always wanted to experience that sort of structure within a team.

“It’s been a dream since I was a little girl, watching all of the pros on television, and now it’s a reality. It’s scary but amazing at the same time.”

Matthee said the team had quite a variety of riders from different countries, which she thought was “really cool” and she was sure they would all contribute something valuable.

“I know I’m going to learn the true meaning of structure and professionalism, which I’m really looking forward to.

“Apart from that, I’m certain I’ll learn a lot from the other riders and take some pointers.”

She also felt it was great that Ciclotel had their eyes on South African women.

“This is why I still encourage females to try to go overseas and experience that sort of racing, especially if you’re young.

“There’s no better place to learn and I think it’s awesome that we’re starting to put ourselves on the map. Let’s keep this ball rolling, girls.”

The main goal for Matthee is to learn as she goes along on this new journey.

“I’m sure it’ll be a bit of a shock to the system. However, I know that I’ll come back with plenty of experience.

“This is the pinnacle of anyone’s cycling career. You get to spend an entire year racing against other world-class athletes and people you looked up to at some point in your career.

“I hope that in some small way I’ll be a rider that some small girl looks up to and I can encourage them to achieve the same.”

The team will be based between Belgium and Spain throughout the racing season, but mostly in Belgium as it is more central for all the races.

They will compete in most of the major classics, as well as tours.

“My role will be determined once we’re all together. I’m seen as a sprinter in SA. However I know that it’s a totally different ballgame abroad, therefore my role would probably start as domestique and I’ll have to earn my spot as a particular rider in the team over time.”

Matthee already got her season off to a great start when she won the road race at the Western Cape Road Championships in Paarl. This was also the first victory of the year for her new team.

“The Western Cape road race was a nice start to the season. I hadn’t raced since world champs, so it was definitely a new feeling getting that game face on again.

“I took a lengthy time off after worlds, so the build after that was very slow.

“I’m still continuing to build towards Europe and the racing here in SA is all stepping stones to the bigger picture. But in saying that, I’m over the moon for taking the Western Cape title this year.

“The province did so much for me last year and I’m extremely proud of the region and their commitment to women’s cycling.”