Five-time Cape Epic winner Christoph Sauser will take the 21-year-old Wessel Botha under his wing when they combine as Ninety One-Songo-Specialized 2 for the Cape Epic, which starts on March 15. 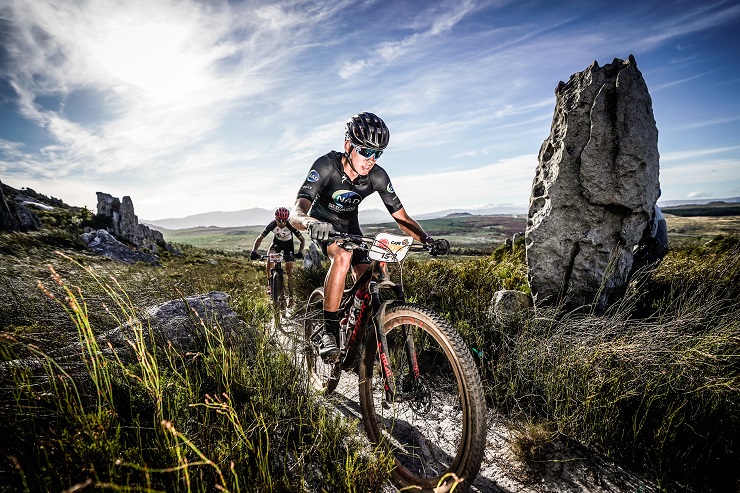 Christoph Sauser will take Wessel Botha under his wing at the Cape Epic, which starts on March 15. Photo: Supplied

The 43-year-old Swiss cross-country mountain biker and talented South African rider’s primary goal will be to support the Ninety One-Songo-Specialized 1 team of Jaroslav Kulhavy and Howard Grotts, as well as the NAD Pro MTB combination of Matt Beers and Nico Bell.

“Stage races are ideal due to their repetitive nature, allowing you to pick up and learn details very well. I hope Wessel only picks up my good habits and tips though.

“I am sure he already knows a lot about stage racing, but it is always beneficial to see what I am doing and also the other way around. You are never too old to learn new things. He will definitely learn how to race efficiently though.

“I’m 43 years of age and no longer a pro, so I’ll have to expend my energy wisely. Luckily I have a great commute to my coffee roastery, and I’ve been running a lot this winter too.”

Botha said last year was a last-minute call-up and a total surprise as he was not planning on racing the Epic. He felt knowing months in advance that he was competing was definitely a better way of doing it.

“I have had time to do specific training and to take part in races that are the perfect build-up to the Epic.

“Racing with Christoph is an opportunity I could not say no to. He is one of the most experienced marathon racers of all time and I hope to learn a lot from him and have some fun at the same time,” said Botha, who partnered Beers to victory at Wines2Whales in November 2018.

Botha completed his first Epic, alongside Gawie Combrinck, last year, before retaining his Wines2Whales title with Beers. This year started well for him too, with a third position at the Attakwas.