Spanish professional David Lozano has achieved top results in the eight-stage Tour du Rwanda in the past and comes into this year’s edition, which starts in Kigali on Sunday, with high expectations. 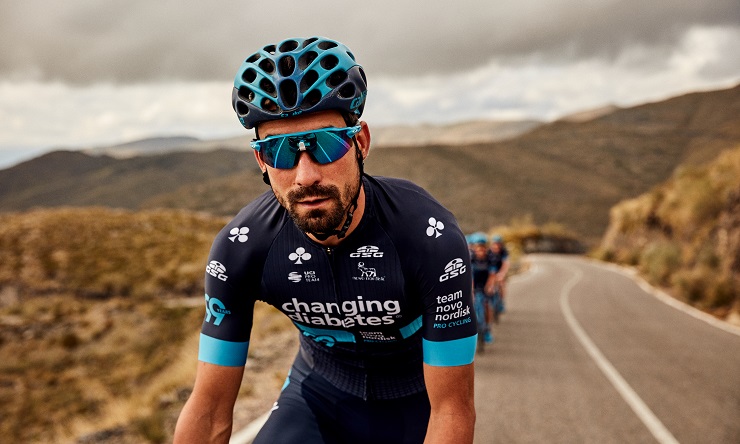 The 31-year-old Novo Nordisk climber placed fifth and sixth overall at the last two editions and won a stage in 2018.

“For this year’s Tour du Rwanda I hope to have a solid performance from the start of the race,” said Lozano, who last year won the mountains classification at the Tour of Taiyun in China.

“The team have a different approach to the race than last year and we hope it will work to have a good balance.

“Personally, I would love to have a top position in a stage. We have a really complete team so we can play different cards.”

The Tour du Rwanda consists of a 114.4km opening stage, followed by a 120.5km stage to Huye. On day three, riders travel 142km to get to Rusizi. Stage four covers 206.3km to Rubavu and stage five 84.7km from there to Musanze.

The sixth stage takes riders on a 127.3km journey to Muhanga, while the 4.5km time-trial on stage seven finishes at Mur de Kigali. The final stage is an 89.3km ride to Kigali (Rebero).

“The routes are pretty much the same as last year, but with an additional time-trial and a crazy-hard stage on the last day.

“I think this year will be really open to surprises until the last day since it is really hard,” said Lozano.

Lozano, an 11-time Spanish national champion in mountain-bike and cyclocross racing, added that one of the biggest challenges was the altitude.

“I usually don’t feel great in this kind of situation but I really like the race and the crowds in Rwanda so I will give my best to be in good condition.

“Also, the weather should be warm and sometimes rainy with it being the rainy season in Rwanda now. My only concern with the rain is if it’s on the stages that we need to cross the paved sections, because that can be really dangerous.”

He said the tour was one of their goals for the season and it was also special for him as he had his first win in road racing here.

“I hope to do well in the race with my teammates.

“It also feels amazing with all the crowds and the people surrounding the race. It’s such a nice and beautiful country. I really enjoy riding here.”

He added that African/South African races were very well organised and really competitive.

“More so than what people from Europe think. There are a lot of crowds too – more than in most of the races I’ve competed in.”