This year’s SA National Road Championships was the first where Jean-Pierre Lloyd was able to finish on the podium in both the under-23 individual time-trial and road race. 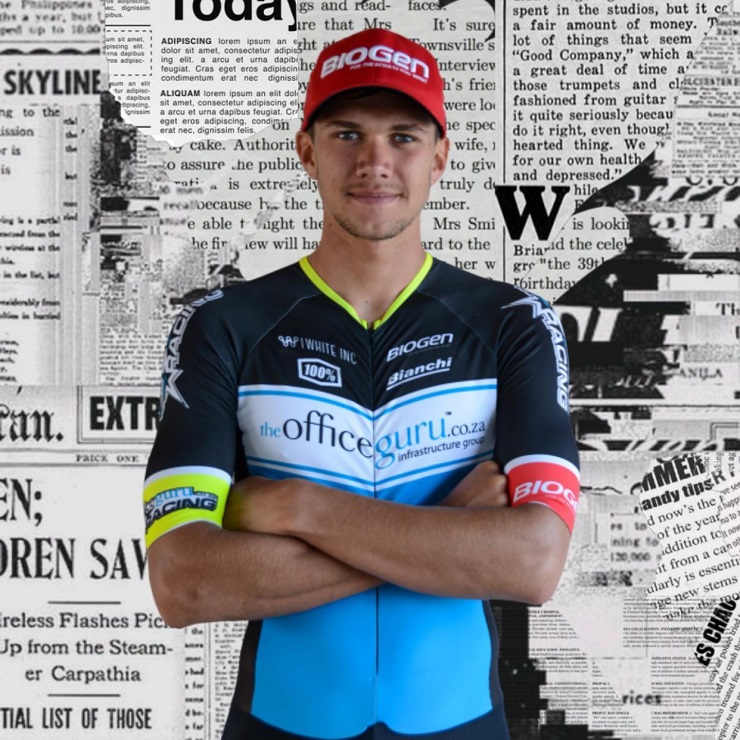 Jean-Pierre Lloyd finished on the podium in both the under-23 individual time-trial and road race at this year’s SA National Road Championships. Photo: Supplied

The four-day event took place at the Swadini Forever Resort in Mpumalanga.

The 19-year-old placed third in the 36km ITT – behind winner Byron Munton and runner-up Marc Pritzen – and second, by an extremely narrow margin, in the 175km road race behind Louis Visser.

“I went into SA champs uncertain of my overall fitness and ability to perform after a not-too-great Gauteng champs two weeks earlier,” said Lloyd.

“I’m ecstatic to have achieved my fourth podium in the national ITT and I’m happy with my performance competing against very strong competition such as Byron, who has proven himself a couple of times as an expert in the ITT.”

The OfficeGuru rider said his team did an amazing job in the road race to keep him safe and at the front over the important last few kilometres.

“The breakaway was reeled in by my teammate Alex Worsdale within the last 2km, which made it possible for me to contest in the sprint.

“It was an absolute max effort to the line. I feel I couldn’t have done anything more with the legs I had at that moment. Louis rode a great race and is known to be a good sprinter. The slight uphill finish also suited him well.

“I’m pleased with the result I managed to claim this year. Having two years left in the category I feel positive about what might happen in the upcoming nationals.”

Lloyd felt the ITT route suited him quite well, as did the road race with its short and punchy rouleurs and fast flat section.

“It was a complete opposite of last year’s route, which changed the outcome of the race completely.

“I was just worried about crashes that might happen during the race and tried to avoid them as well as possible.

“I got caught in a minor crash very early on in the race, but luckily I managed to stay safe and get back to the bunch.”

Lloyd said a highlight for him was the moment he received confirmation of the ITT results and found out he had finished on the podium.

“Also, just giving my everything in the sprint finish and ultimately going home with two medals [were highlights].

“I’m quite motivated now, knowing I’m able to contest more for podium positions and possible race wins in the near future.

“My next goal will definitely be a good result at the Tour of Good Hope alongside my teammates.”