For top South African track cyclist Jean Spies his goal for the UCI Track Cycling World Championships, which take place in Berlin from Wednesday, is to grab some valuable UCI points. 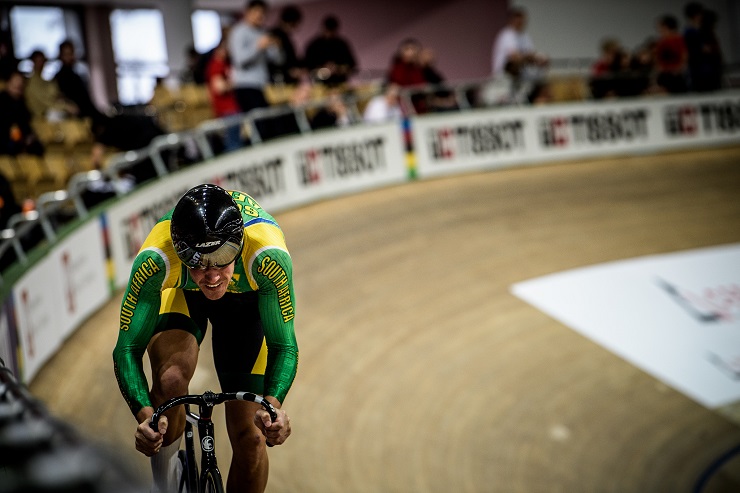 For Jean Spies his goal for the UCI Track Cycling World Championships is to grab some valuable UCI points. Photo: Drew Kaplin Photography

“This is the last opportunity to get points for Olympic qualification,” said Spies.

“Worlds is important for Olympics, so personally it is very important.

“For an athlete’s career it is important not only for Olympics but for world rankings as well,” said Spies, who is currently ranked 21st in the keirin, 39th in the sprint and sixth in the kilo, which he said would drop drastically after worlds.

He will be racing the keirin on the 27th and the sprint on the 29th, but has withdrawn from the 1km time-trial, an event in which he finished 15th in last year.

Spies, who will be competing in his fourth world champs, added that he did not feel ready for the event as his preparation had been “pretty bad”.

“I have been really sick through my prep for worlds. This has been a huge hindrance towards training in general.

“I have done what I can so we will see what happens.”

Regarding tactics, the 30-year-old said he would need to ride clever and look for gaps and opportunities to grab where he could.

“Race experience is always great and I will race as hard as possible.”