O’Ryan Bruintjies, the director of para cycling in South Africa, believes much more can be done to promote the development of the discipline in the country. 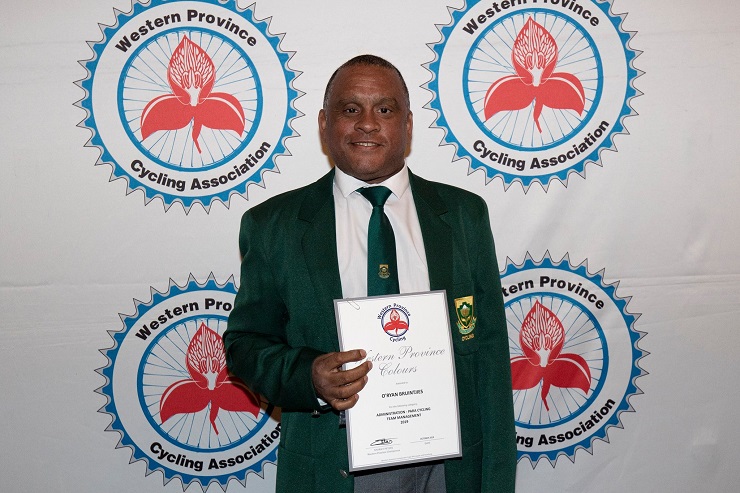 “In South Africa we are not where we are supposed to be if we compare ourselves with other countries,” said the 45-year-old.

“We have too little competition and therefore para cyclists don’t get the same recognition as our able-bodied cyclists.

“Funding for international events is also a big challenge as all these are self-funded.”

Bruintjies said there had definitely been growth in the discipline, but a lack of knowledge about para cycling was reflected in the slow growth.

“I feel that huge focus must be placed on education of the discipline.

“A change I’d still like to see implemented is that organisers of cycling events include this category.”

He said the sport had been there long before him and would be there after him.

“I just want to make sure I leave the discipline in a better state than I found it,” said Bruintjies, who also has a full-time job as a branch manager at Absa and fulfils different administrative portfolios in cycling.

He is the Kinetic Cycling Club chairperson and director, Western Province and Western Cape Youth Commissioner and director of OB Sport.

Regarding the recent national champs, Bruintjies said while very successful they obviously presented challenges for para cyclists such as travelling to Hoedspruit and the heat they had to compete in, especially the hand cyclists.

“It’s a reality that para cyclists don’t get the same exposure as our able-bodied athletes, but I see it as an opportunity to educate the cycling fraternity.”

He added that this year there was a definite increase in the number of para-cyclist entrants, which could be a result of it being an Olympic year.

“Every rider feels they stand a chance to compete at the Paralympics.

“The nationals are also one of the qualifying events for selection for world cups and world champs.

“We had a total of 17 entries for nationals. Some of the new faces were Reyaan Traut [C5 category] and the blind tandem team of Tim Stones and Andrew Liddle [B3 category].”

Regarding the Olympics, he said it needed to be understood that SA only qualified for a certain number of slots based on the points the country accumulated at UCI events, such as world champs and world cups.

“At this point we’re looking at four slots, two men and two women, but this can still change. Pieter du Preez and Goldy Fuchs are well on track.

“My short-term goal is to have as many slots as possible, and ultimately that those slots turn into medal contenders at the Paralympics.”

He felt the nationals were good for para cyclists as the competition gave them the opportunity to qualify for these events.

“The reality with cycling, and not only para cycling, is that it is very difficult to make a career of it.”

Regarding Ciska du Plessis-Austin and Kevin Green recently being appointed as Cycling SA president and vice president respectively, Bruintjies said he had reason to believe they were the right people to make a positive change in the sport.

“But they cannot do it on their own and therefore I commit to give my full support to both of them.

“I believe that as a team we can change the perception of cycling in SA.”