South African endurance cyclist Mike Woolnough is ready to venture into the unknown when the first edition of the Atlas Mountain Race starts in Marrakesh, Morocco, on Saturday morning. 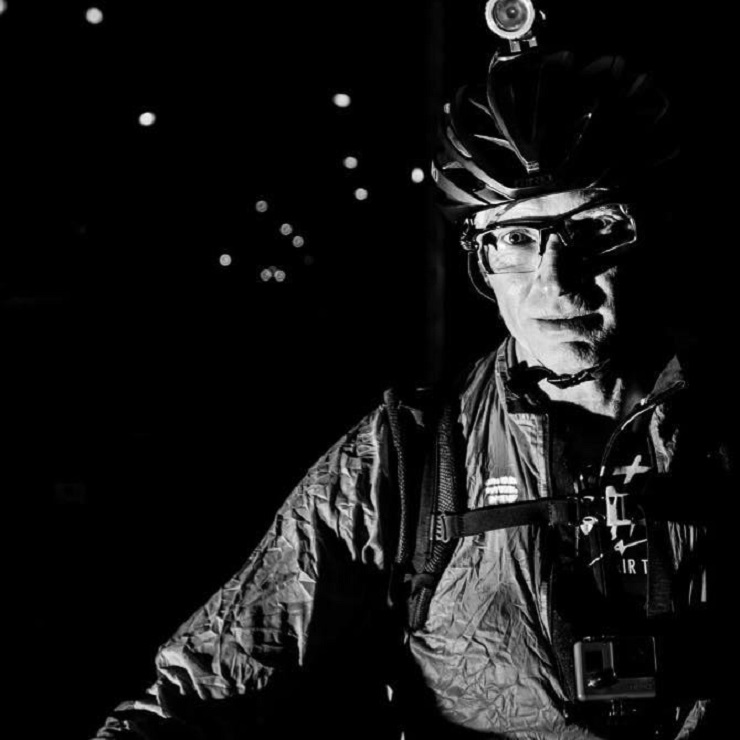 Mike Woolnough is gearing up to tackle the first edition of the Atlas Mountain Race that starts in Marrakesh, Morocco, on Saturday morning. Photo: The Munga

The 59-year-old, who won his fourth Race to Rhodes title last year and also tackled his fifth The Munga, said there were many unknowns in this race which is organised by the same people who run the Silk Road Mountain Race (SRMR) in Kyrgyzstan.

“A number of South Africans took part in last year’s SRMR and it piqued my interest in doing an event outside of SA.”

The Atlas Mountain Race is a fixed-route unsupported single-stage cycling race that starts in Marrakesh and crosses the Moroccan Atlas before riders head through the Anti-Atlas and on to Agadir on the Atlantic coast.

The clock does not stop and there are no prizes.

“It follows gravel, single- and double-track and old colonial pistes that have long been forgotten and fallen into disrepair,” said Woolnough.

“There is very little tarmac. There is some walking and at times there are great distances between resupply points. Riders have just over eight days to complete the 1 149km GPS-guided route.”

Regarding the unknown factors, Woolnough said due to illness the organisers were unable to pre-ride the entire route to assess its suitability.

“The distances between some resupply points are massive and getting provisions is going to be hard if your timing has you going through settlements at night.

“That being the case, my primary objective is to hang in and finish the race. Obviously I’d like to finish as high up as possible, but some of the biggest names in world endurance cycling will be there and this will be my first unsupported bike-packing event.”

There are four SA riders taking part and Woolnough is travelling to Marrakesh with Roger Nicholson.

“Also from SA is experienced rider Guy Jennings, who has done The Munga as well as the SRMR. The fourth South African is Kyle Sole.

“This is an unsupported race and as such, unless you’ve entered as a pair, you may not intentionally ride with or assist another competitor. A rider receiving assistance will be deemed an unofficial finisher.

“Every rider needs to be self-supported and is responsible for finding their own food and water, as well as a place to sleep.”

Woolnough added that his only strategy was to maximise the amount of time he spent moving down the route.

“I plan to sleep out for a few hours as and when needed.

“While I don’t plan to sleep in a commercially available guest house, it may well turn out that I have to. I’ll have to figure that out on the fly.”

His biggest concern is that he knows nothing about the country, its people, language and customs, particularly as he is expected to source food and accommodation as he goes along.

“From videos I’ve seen of places along the route it appears to be a predominantly dry desert environment.

“Racing in late winter means the day-time temperatures are not expected to get above the mid-twenties or much lower than zero degrees. My biggest concern is access to water and food.”

Woolnough said he was looking forward to racing against some of the big names in international ultra-endurance racing.

“Guys like Jay Petervary and James Hayden, to name just two. I don’t expect to be able to stay anywhere near them.

“I’m also keen to see how I manage to ride with a non-typical bike-packing setup. I have eschewed a typical setup in favour of a backpack.

“I’ve combined my storage strategies of Freedom Challenge (light bike and a backpack) and The Munga (four water bottles on the frame).

“Many competitors are going to be on gravel bikes and I’m keen to see how my standard hardtail MTB performs against these.”

He added that he had done very little training for this race.

“I’ve come off a good Munga and a few weeks back I did a 545km non-stop Gauteng to Richards Bay ride.

“This is going to be a long race. While only 100km longer than Munga, it has four times the vertical ascent and apparently there are many kilometres of hike-a-bike.

“There are no race villages or regular waterpoints. Some of the climbs are in excess of 20km with average inclines of 5% and more.”

He felt it would be hard to stay motivated, but if you pulled out you had to make your own arrangements to get off the route.

“That in itself might be all the motivation I need to keep plodding on. Besides, it’s a long journey to get to Morocco, so I may as well do whatever it takes to finish.”