South African Robert Hobson has joined forces with Germany’s Sebastian Stark for the four-day Tankwa Trek, which starts tomorrow at the Kaleo Guest Farm, north of Ceres in the Western Cape. 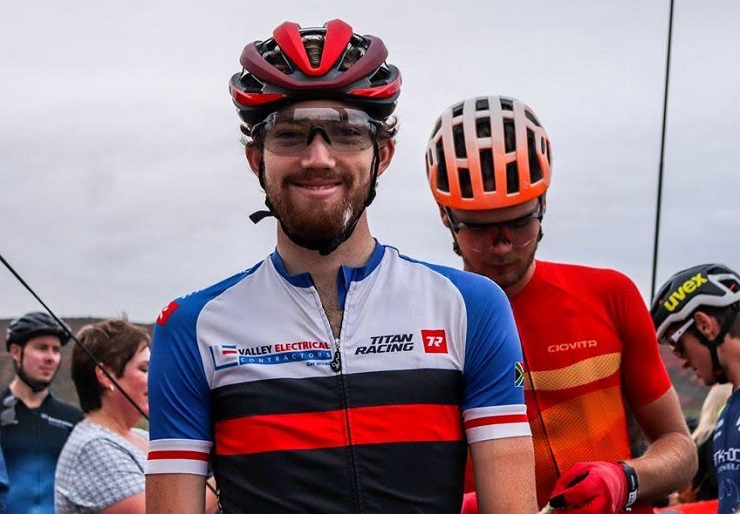 Robert Hobson has joined forces with Sebastian Stark for the Tankwa Trek, which starts tomorrow at the Kaleo Guest Farm. Photo: Deidre Cloete

The 21-year-old Hobson said he knew Stark, 32, from riding last year’s Wines2Whales together.

“Although I was coming back from injury and suffering during the race, we rode well as a team and our styles suited each other.

“I opted to ride Tankwa with Sebastian because my teammates had already signed up to race PE Plett together and I felt the need to do some racing as well,” said Hobson, who recently joined the Valley Electrical Titan Racing outfit.

Hobson has only ridden Tankwa once in the past and his result was a top-20. But he has had some good training leading up to the event after “a disappointing Attakwas“, so his motivation is high.

“I’m currently very happy with my form for this time of the year. It’s the first time I’ve put more focus into cycling on and off the bike, so I’m excited to see how the racing goes.

“Tankwa is still one of my favourite stage-race experiences, even though I’ve only ridden it once, and I really enjoy the route.

“It might not suit me perfectly, although I do look forward to the stage up Merino Monster. But when you’re racing it doesn’t matter whether the route suits you or not, everyone has to race.”

Hobson and Stark and the rest of the field will tackle stages that cover 24.5km, 84km, 89km and 88km through the Koue Bokkeveld, high above the Ceres Valley.

“I have not ridden the route since the prologue was added, so I can only remember how the three main stages look.

“Sebastian is a strong all-rounder who can really keep good consistent power while racing. He also has a lot of experience from racing in Germany. He’s someone who I look to learn from.

“I climb fairly well and can maintain a good pace.”

The duo aim to maintain momentum throughout the four days of mountain biking by riding consistently.

“Also, having a good support network in the race village [helps]. Communication between teammates is also key.

“But we’ll discuss tactics further during our drive to Kaleo.”