The powerful duo of Mariske Strauss and Candice Lill have their sights set on Olympic qualification as they prepare to tackle the four-day Tankwa Trek, which starts at the Kaleo Guest Farm tomorrow. 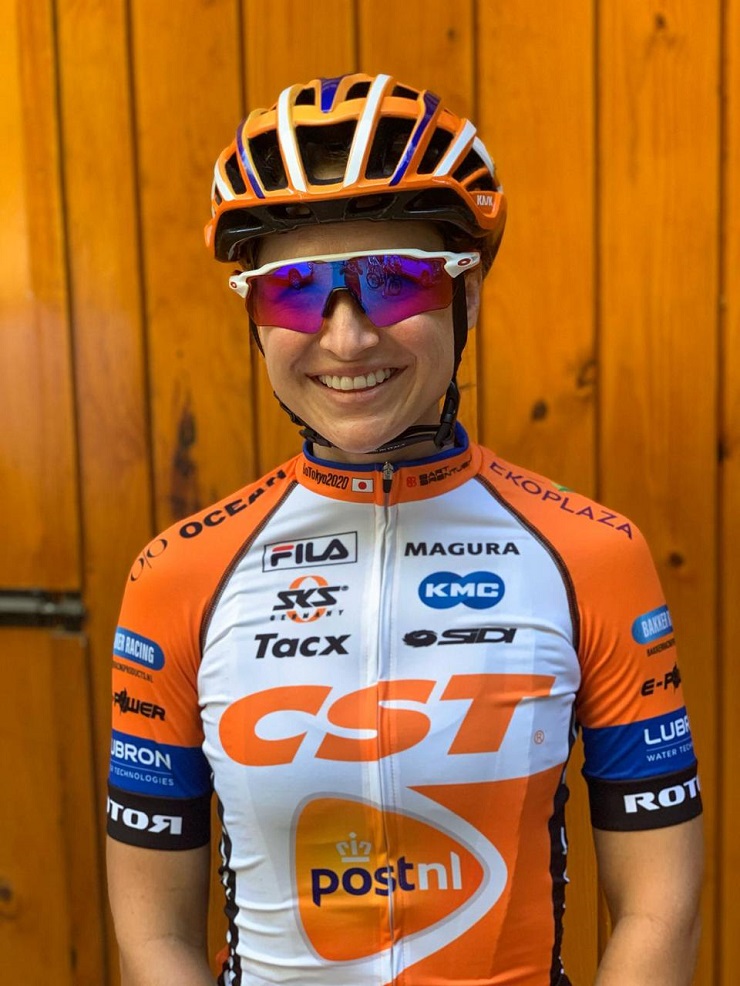 Mariske Strauss (pictured) and Candice Lill will team up for the four-day Tankwa Trek, which starts at the Kaleo Guest Farm tomorrow. Photo: Supplied

Strauss, who won the Tankwa alongside Jennie Stenerhag last year, and Lill, who placed second with Annie Last, will use this event as a dry run for next month’s Cape Epic.

With it being an Olympic year, the 120 UCI points up for grabs at Twanka are very important for the two.

“It’s one of the reasons I asked Candice to team up with me, seeing as the Olympic qualification for cross-country works a little bit differently,” said Strauss.

“It just made sense to me. I mean if Candice and I race together at these events then we’re getting maximum points for the country and with Olympics being in about six months, this time of year towards May – which is the cut-off for collecting points – is super important for us to actually get them, get the country’s ranking up and hopefully qualify two people.

“It’s very exciting. Everything’s possible, so fingers and toes crossed and then we do what we need to do and what we do best, which is race bikes.”

Regarding this year’s Tankwa, Strauss said winning was obviously the main goal, but it was stage racing and mountain biking so anything could happen.

“My actual aim is just to race well with Candice and do the best we can do. We’ll take it as it comes and see how we feel. It’s the first race of the year, so that’s always a little question mark for everyone.

“I think this is a superb partnership. We’ve known each other for the better part of a decade, so that’s always exciting. We know each other’s strengths and weaknesses and each other’s racing styles, so there’s not a lot of question marks.

“I feel we’re very comfortable with each other. Everything just gels, which is super important, especially in a mountain bike stage race.”

“We both just like riding our bikes and the fact that we’re very calm and collected when it comes to racing is a major help.

“The whole environment and the team set-up that we have, just the atmosphere and the collective, is super nice. So that’s one of the things I’m very excited about.

“Climbing, descending, it’s great fun to race with someone who you don’t have to worry about, and you know that they’re going to be right there.

“It takes a lot of waiting and frustration out of the situation. I’m very excited to have a partner who I can race well with. Now it’s just time to rev the engines and see what we can do.”

Strauss said she had a “little bit of a big accident” last year and it was always difficult climbing back out of the dark hole that was injury.

“I’ve been putting in a lot of training. The form looks good, but now it’s just to see how the engine revs on race day.

“I just need to tap into the hurt locker and remember what racing is actually, so I think this weekend is going to be good for that.”

She added that she had not checked the route for the four stages yet, but as far as she knew everything was “pretty similar”. They would find out the finer details when they arrived at registration.

“Our main focus has obviously been Epic, so a lot of time and energy goes into that. Tankwa leading up to Epic is usually just a dry run, a training race to see how everything works, implement the things we want to at Epic and test things out.

“It’s majorly important, especially this year where we’re racing in similar terrain with Epic being in the Ceres/Tulbagh area during the first four days.

“I’m excited to see what’s happening and what the weather is going to do as well, because that’s always a fun and exciting element in Tankwa.”

There is also the prize money to consider. With R80 000 up for grabs for the winning team, the pay-out is significant.

It can be bolstered too by securing the R10 000 Queen of the Mountain prize for summiting the Merino Monster on stage three first. This can be supplemented by a further R25 000 for the first SA team on the final podium.

“Prize money is always a nice bonus. It’s a tough industry to be in and an extra bit of funds goes a long way,” said Strauss.

“It’s amazing what the organisation did. They did a super job to up the prize purse and to keep it equal for men and women, which we’re very thankful for.

“Not just that, also the coverage this gives us is amazing. Unfortunately we have to use our extra little bit of prize money to invest, so it makes a big difference and we’re thankful for that.

“I think it also attracts a lot more people, so then we get a little bit more depth in the field and that’s very exciting stuff.”