South African track cyclist Benedict Moqumo was injured when he was hit by a car while training close to his home in Soweto yesterday morning. 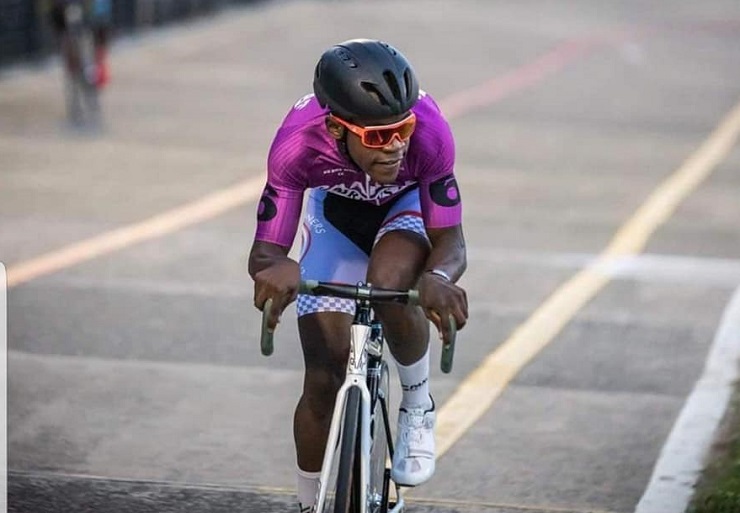 Benedict Moqumo was hit by a car while training on Tuesday morning. Photo: Owen Lloyd

The driver of the vehicle stopped and stayed with the Pimville-born Moqumo until an ambulance arrived.

“He was taken to the nearest hospital [Lesedi Private Hospital] where he received medical assistance,” said Tanya van Wyk, spokesperson for VWE Track Academy of which Moqumo is a club member.

She said he suffered facial injuries and went into the operating theatre for stitches to his face.

The 20-year-old Moqumo made headlines last year when he was chosen for a UCI track identification camp at the World Cycling Centre (WCC) in Aigle, Switzerland, in mid-October.

During this time he competed with cyclists from all over the world.

Moqumo, who is a qualified electrical engineer, has also competed in many other provincial, national and continental track competitions and has medals to show for it.