It was a tough day for stage one winners Candice Lill and Mariske Strauss as they finished third on stage two of the Tankwa Trek, which took place in Kaleo, Western Cape, today. 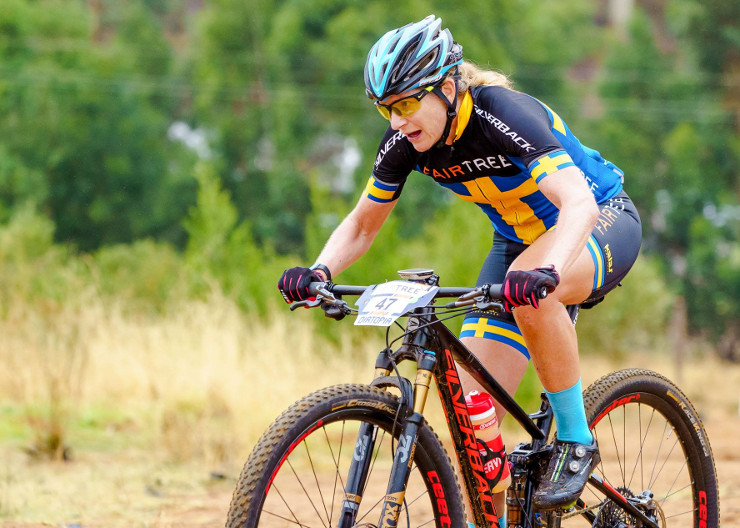 Jennie Stenerhag and Nadine Rieder (Team Fairtree) claimed first place in the 83.5km stage, with a time of 3:51:32, climbing up from their third place position yesterday.

“I didn’t plan to attack, I just wanted to ride my own pace,” said Rieder.

“I looked back and Jennie was a few meters behind me; so, I just carried on at my pace knowing she would ride back to me. From there we worked together well to the finish, but we never knew how far behind the chasers were so we had no idea we could claim the lead today.”

“Yesterday was hard. “But today we felt better and better as the stage went on. In the last hour in particular we were good,” said Huber.

“We could not go with Cannondale [Factory Racing] earlier, but then we saw they had a problem in the tech-zone [with 25km remaining]. A few kilometres later we passed PYGA [EuroSteel] when Philip Buys was standing by the side of the road [with cramps].

“On the climb out of the Witzenberg Valley we could make a little difference and got a small lead on the CST PostNL Bafang team. Fortunately, Simon and I were both feeling really good still and we could work together into the headwind to the finish.”