Following stage victories at Paris-Nice and the Tour Down Under, Italian sprinter Giacomo Nizzolo has set his sights on victory at Milan-San Remo when the racing season resumes. 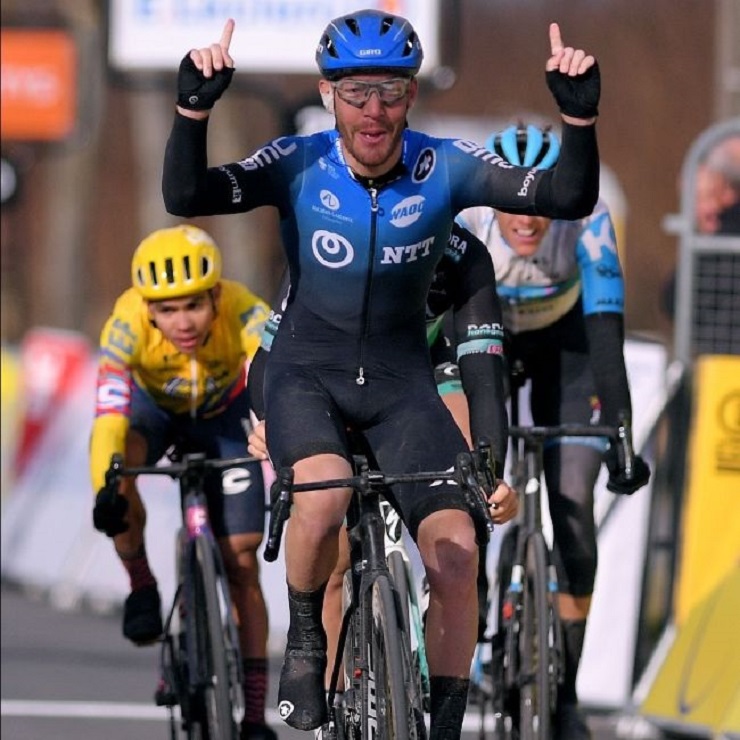 After a promising start to the season, Italian sprinter Giacomo Nizzolo is targeting victory in Milan-San Remo when the UCI WorldTour resumes. Photo: Supplied

The 291km Spring Classic, which was initially scheduled for March 21, was moved to August 8 on the revamped UCI WorldTour calendar.

“I think it’s the best race for a rider with my set of characteristics and it’s a race that starts in the city that I was born, which already gives me a special feeling,” said the NTT Pro Cycling sprinter.

Although his relationship with the first Monument of the season was iffy, Nizzolo believed he could be in the final reckoning.

“Most of the time I was injured either a few days before or a few weeks before, or I was sick or something.

“For example, in 2013 it was snowing. They started the race, then stopped it and then restarted it again and my current team won, but at that time I was just freezing on the bus.

“Then, in 2016, which was my best year prior to 2019, I was sick in Tirreno just beforehand. So let’s hope that one time everything comes together for me.”

Regarding his promising early-season form, he said he was simply happy to be competitive again.

“That feeling when you know that in the final parts of a race you can be one of the guys that can win.

“You feel strong and you feel you can do it, and not that everything has to fall fortuitously in place for a victory, but rather that you are always able to contest even if you aren’t necessarily in the best situation.”

It was naturally frustrating for the Italian to have his season halted while sitting on good form.

“For the first few days I was pretty disappointed as I could see that I was at a good level and I was asking myself how this is possible.”

It took him a few days to make piece with the situation as the bigger picture hit home.

“That was so much more serious than just a bike race.”

Nizzolo, who won back-to-back points classifications (2015/16) in the Giro d’Italia, said he would be “focused and aggressive” when racing resumed.

“I think it will be the mentality of many of us. I think those that are mentally stronger will get a lot out of this situation.”