South Africa’s Louis Meintjes won the final stage of the Tour for All on Zwift’s Sand and Sequoias route at the weekend. 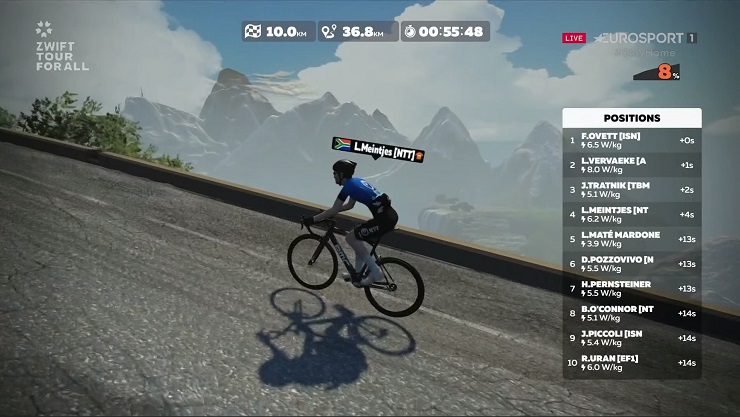 Louis Meintjes won the final stage of the Tour for All. Photo: Live stream

“It’s been another good day for team NTT in the Tour for All Zwift race,” said Meintjes.

“We managed to win the stage and the overall classification. It was a really fun event and we’re really happy.”

READ |  Tour for All results: Grega Bole sprints to victory on stage four