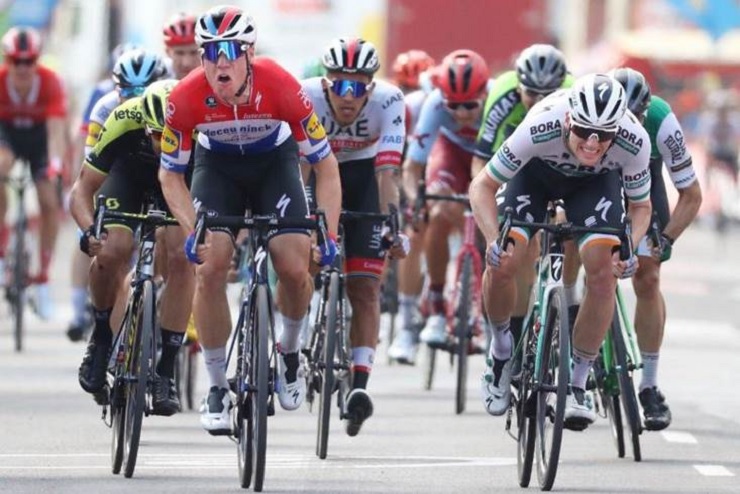 The UCI has unveiled revised WorldTour calendars for this year. Photo: Unipublic/Photogomez Sport

Following the interruption of the season in March, the UCI consulted with various stakeholders – including organisers, teams and riders – to draw up what they call “a solid, attractive and varied new calendar that is as realistic and coherent as possible”.

“This has been achieved as early as was practicable and in line with information available today concerning the evolution of the pandemic,” UCI president David Lappartient said in the statement.

He said the new programme included 25 races, starting with Strade Bianche on August 1 and ending with the Vuelta a España on November 8.

Among these are 17 one-day races (including Monuments Milan-San Remo, Tour of Flanders, Paris-Roubaix, Liège-Bastogne-Liège and Il Lombardia) and eight stage races (including the Grand Tours).

The length of the Vuelta has been shortened by one weekend because the scheduled Grand Depart in the Netherlands is no longer possible.

The dates for the EuroEyes Cyclassics Hamburg and Eschborn-Frankfurt, both in Germany, are to be confirmed.

The various national championships should take place from August 20 to 23.