Durban-born cyclist Tiffany Keep was relieved to hear that her favourite local road race, Tour Durban, would be taking place virtually after many races were cancelled or postponed to next year. 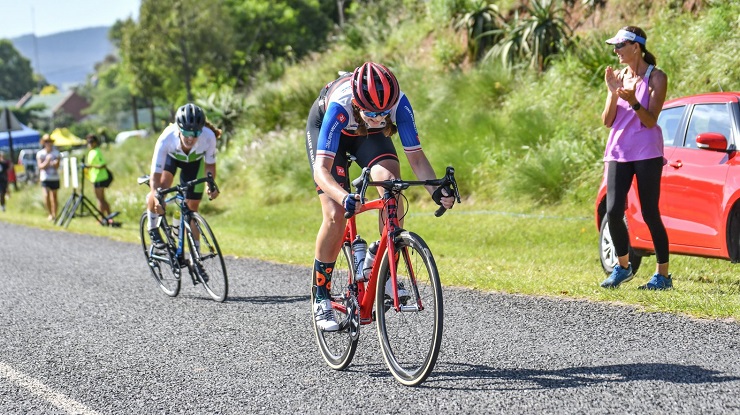 Even though it will be a virtual race, Tiffany Keep is enthusiastic about racing the Tour Durban. Photo: QuickPix

“I think it’s great to see a local event adapting to the changing times and adopting a virtual version,” says the 19-year-old KwaZulu-Natal and former U23 national road champion.

“It’s a great way to promote the event. This way everyone can take part in their own homes while still adhering to social distancing rules.”

The Tour Durban was originally scheduled to take place on April 25 before organisers announced its cancellation. However, they later decided to treat it as a postponement to July 26 and adapt the format to a virtual one.

“When I heard that the event was going virtual of course I planned on entering because it’s a local event and close to home.

“It’s a really great idea to market the event while we are unable to compete in the real world.”

Keep enjoys supporting local events and vendors and has competed in the Tour Durban as often as possible. Her best finish was in 2018 when she placed second.

“I am always adamant to support local business and events as much as I possibly can because it helps to grow the community and hopefully I can encourage more people to take part themselves.”

Keep placed eighth in the Cape Town Cycle Tour, the last major cycling event before lockdown. She has since been enjoying virtual racing on her indoor trainer, saying it has opened her eyes to new possibilities.

“During the first few weeks of lockdown I got to explore the platform, which I didn’t have the opportunity to do before. I think it’s a really awesome training tool.

“I thoroughly enjoyed being able to ‘ride’ with other people despite being in lockdown and self-isolating. It actually made training more social for me.

“Having the opportunity to ride, even indoors, was a privilege for me and being able to ride outside again is even better.”

As for the future of cycling events, Keep says that the health of the people is paramount and that each country needs to think about how it will move forward when it comes to hosting events.

“There is talk of having non-spectator events and this is but a small price to pay to race during these uncertain times.

“The measures that will be implemented will ultimately hold people’s health in the highest regard, and whatever they deem necessary will have to happen.”

She is unsure what events she will be competing in as she is waiting for the first race of the revised season to be announced.

“My goals for the rest of the year are inconclusive because it all depends on when the first race will be. But from the beginning of lockdown I set a challenge to try and better myself.

“One of the races I would really love to take part in is the Road World Championships. If I am selected, competing there will definitely be my main goal for the season.”