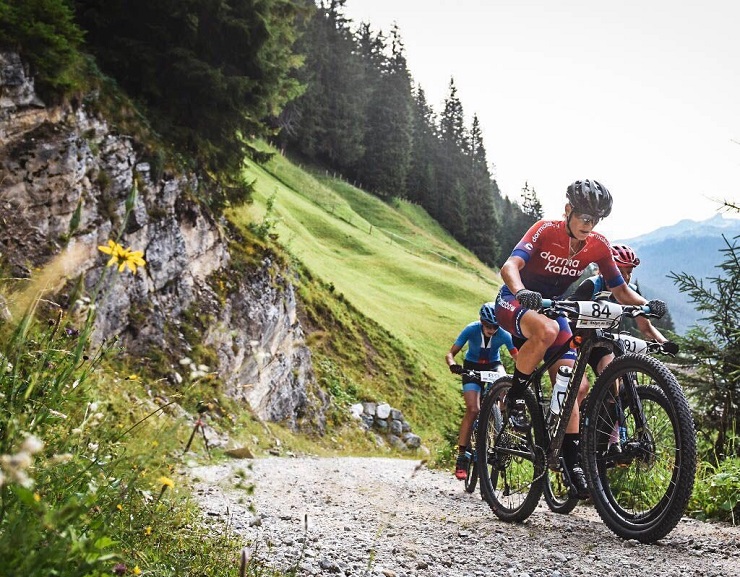 Ramona Forchini of Switzerland won the women’s title in the UCI World Mountain Bike Marathon Championships when she outsprinted Poland’s Maja Wloszczowska in the final dash for the line in Sakarya, Turkey, today.

Forchini’s Swiss teammate Ariane Luthi was third in 3:43:40, while South African Robyn de Groot finished in fourth place, a minute and 51 seconds behind the winner.

The new champion was thrilled with her victory, but admitted to being “very tired” at the end.

“It was a great event and being my first world marathon champs, I am so happy at getting the win,” said Forchini.

“It was a tough course, with some steep sections, but the win is a dream come true, although it hasn’t really sunk in yet.”

A field of 35 competitors contested the women’s race in 28C heat and Forchini and Wloszczowska got away from their rivals with about 10km left.

They worked together in the closing stretch before the Swiss created a small gap in the final kilometre, which she managed to keep until the end.

Her compatriot, Luthi, who has competed regularly in South Africa and won the Tour of Good Hope in 2018, made it a double Swiss celebration by completing the podium.

SA rider De Groot achieved her objective of finishing in the top five with her fourth position. The 37-year-old was competing in her first international race following the Covid-19 lockdown in South Africa.