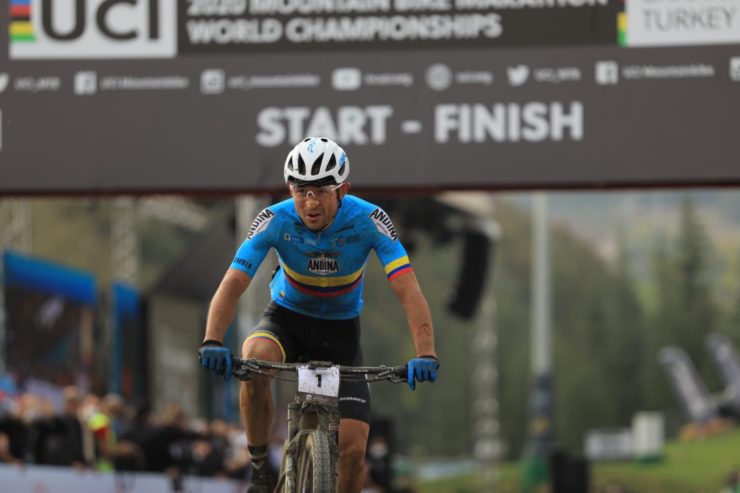 Hector Leonardo Paez Leon of Colombia won the men’s race in the UCI World Mountain Bike Marathon Championships for the second year in a row in Sakarya, Turkey, today.

Martin Stosek of the Czech Republic was in third place, a further 15 seconds back.

In a field of 57 riders, Paez Leon broke away from Ferreira and Stosek with just more than 20 kilometres remaining and set about builting a lead of one 1:40, which he was able to maintain until the end.

The Colombian, who competed in the 2008 and 2012 Summer Olympics, added to the title he captured for the first time in Grachen, Switzerland, last year.