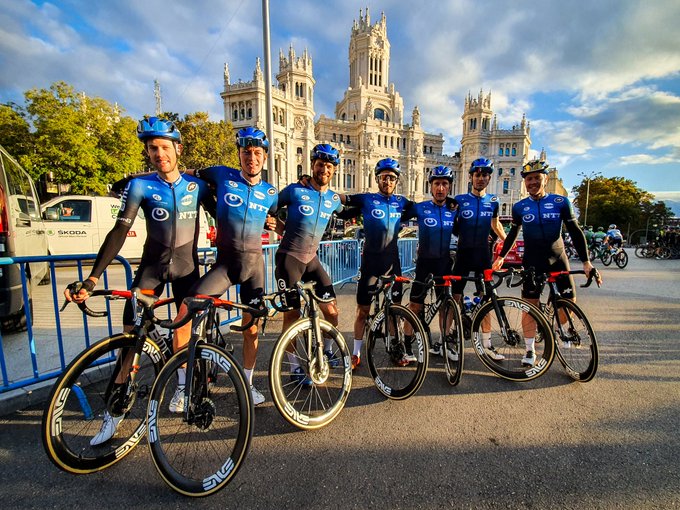 South African WordTour team, NTT Pro Cycling, has announced that it is parting ways with team manager Bjarne Riis at the conclusion of the 2020 season. Photo: @NTTProCycling

South African UCI WordTour team NTT Pro Cycling has announced that team manager Bjarne Riis will step down from his role as team manager at the end of the current season.

The former Tour de France champion joined the outfit in 2020 and is set to leave it by “mutual consent”.

“I’d like to thank Bjarne for the experience and leadership that he has brought to our environment, and the contribution he has made,” team principal Douglas Ryder said in a statement today. “We’d like to wish him all the very best for the future.”

Riis said it had been a “great experience” to be part of the set-up during a unique year.

“I have a lot of respect for the team that Doug has built and want to thank him for the opportunity. I wish him all the best for the future.”

Riis (along with his partners) and Ryder have also stopped discussions about a possible purchase of a part of the team, which is still without a title sponsor for next year.