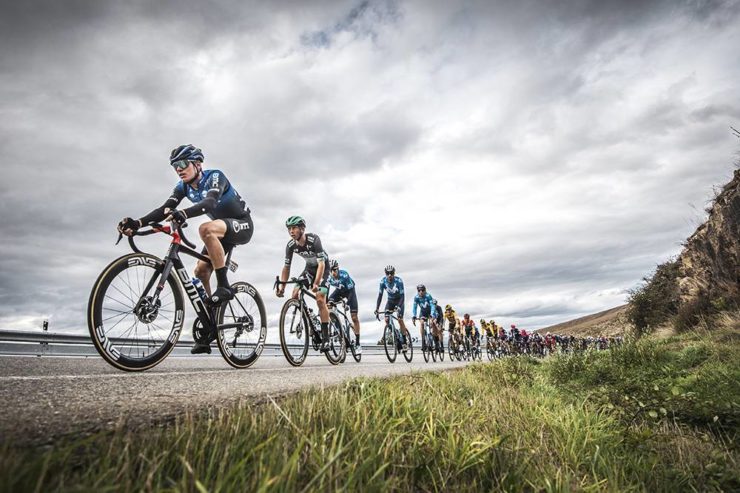 Developing self-belief is one of the key elements which emerged for Stefan de Bod after his debut Grand Tour appearance at the Vuelta a Espana.

The three-week race through Spain, which ended with Primoz Roglic taking the spoils for a second consecutive year in Madrid on Sunday, also signalled the end of the 2020 international season.

The 23-year-old, who splits his time between Stellenbosch in South Africa and Lucca in Italy, rode for NTT Pro Cycling and said he would look back on the race as a life-changing experience.

“I think a Grand Tour changes you,” said De Bod on his return to South Africa today.

“To suffer every day like that gives you more depth in the future. It’s a process of learning and development as you strive to get to the top and the key is to keep believing in yourself and to focus on improving in every race.”

This was De Bod’s first exposure to an event which went further than a week and the 2018 Tour of Good Hope winner said he soon realised how tough a Grand Tour was mentally.

“Every day you need to wake up motivated with a goal in mind and in the third week it becomes challenging when you are extremely tired and sore,” he said after ending 94th in the general classification.

“The WorldTour level is extremely high, but I did feel comfortable.

“It’s no secret that I was far from my best and I was struggling this year to produce results, but that’s life and I look forward to showing what I can do next season.

“The last two weeks of the Vuelta were tough and fast, with no easy days. Fortunately we were lucky to have really good weather in the north of Spain in November.”

De Bod added how special it was to race on routes and summits he had dreamt about as an aspiring young cyclist.

“To race on a few historical climbs in Spain was really great.

“Suffering on the climbs I watched on TV growing up was a highlight for me and every time we had a summit finish I recalled dreaming about being there.

“I don’t feel my form was good in the race but I was trying to help the team as much as possible and to enjoy the experience.”

After a testing year, De Bod said he was still contemplating the future.

“I haven’t thought about goals for the coming season and I will enjoy my off-season break, see my family in South Africa and clear my mind before the next season.

“After some rest I will sit down and put some thought into my objectives for 2021.”