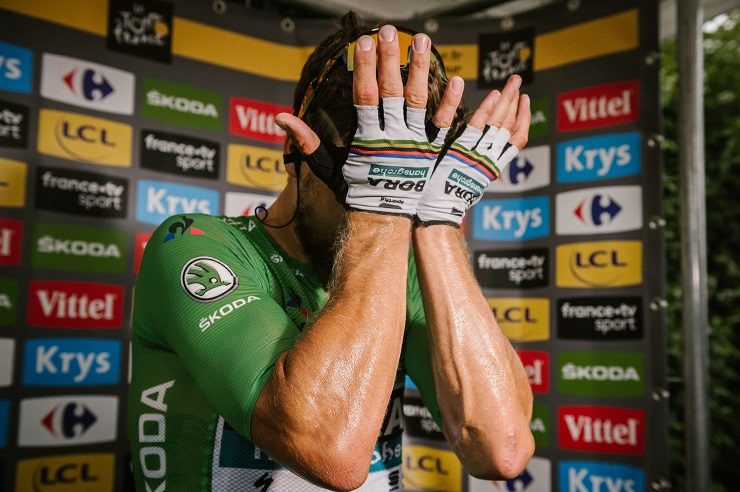 Seven-time Tour de France green jersey winner Peter Sagan will ride the Tour de France instead of the Olympics should he be forced to choose between the two races. Photo: ASO/Pauline Ballet

Slovakian star Peter Sagan said he would favour the Tour de France over the Olympics should he be forced to choose between the two events in 2021.

There have been suggestions that athletes may be forced to quarantine ahead of the delayed Tokyo Olympics which could prove problematic for cyclists in particular.

The road race in Tokyo will take place less than a week after the Tour de France concludes in Paris.

“We will see what’s going to happen this year. I cannot decide, we don’t know yet,” said Sagan, speaking from a Bora-Hansgrohe team training camp in Italy.

The green jersey is awarded annually to the winner of the points classification.

Sagan failed to secure a hat-trick of green jersey wins on the Champs-Elysees in Paris in 2020, giving the 30-year-old extra motivation to reclaim the jersey in 2021.

Sagan, who will turn 31 on January 26, is one of the most gifted riders of his generation.

Among his numerous victories around the world are three consecutive world championship road race titles from 2015 to 2017.