Stefan de Bod has picked up the pieces after a mid-season crash and is feeling confident ahead of his maiden appearance at Tour du Rwanda, which kicks off in Kigali on Sunday.

De Bod explained his season had not gone according to plan after he crashed and fractured his shoulder roughly a week before he was due to start the Baby Giro in June.

The 20-year-old flew home from Italy for surgery and took an unwelcome three-month break from racing. 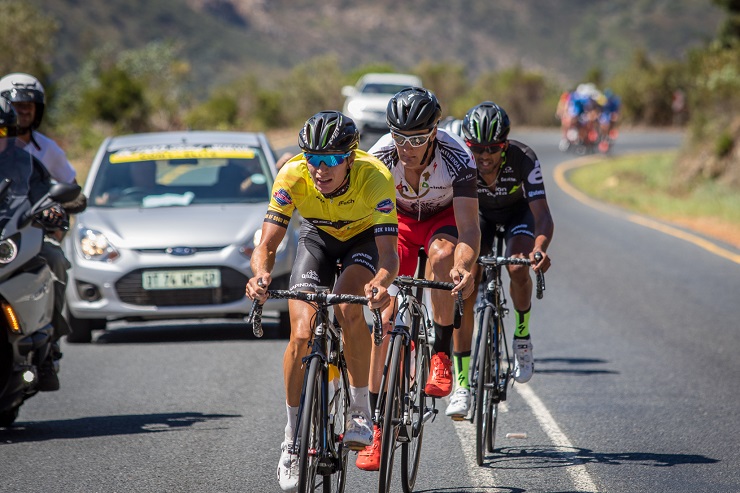 Stefan de Bod is looking to make up time after a disrupted season when he starts the Tour du Rwanda. Photo: Warren Elsom

“After surgery I went back to Italy and raced a tour there, as well as a few one-day races.

“The difficult thing for me was, at the end of those races, I was in good form again but just as I was going really well the European season ended, so it was very bad timing,” he explained.

Confident of his form now, the U23 African continental road champion will line up alongside four of his Dimension Data teammates at the seven-day tour.

As defending champions, the green and black riders will have distinct targets on their backs, but the Stellenbosch local said he felt good about their chances.

With five guys in with a shot at the overall title, De Bod was realistic about his chances but said he would undoubtedly be chasing victory in an effort to make up for lost time.

“I really want to win, but I’ve prepared at sea level and Rwanda is at 1 600m above sea level. I’ll have to race smart and keep that in mind but I believe if I do that then I’m in with a chance.

“I’m really positive, but if I can’t win or get a stage victory then we have four other guys who are really strong.”

Altitude will be just one challenge as De Bod explained the weather was set to be less than favourable for their time in the east African country.

Unfavourable numbers against them would be another challenge as the hosts have entered three teams.

“From what I hear they race like one team to hopefully have a Rwandan winner, so it will be a challenge to race against so many guys who want one of their countrymen to win.”

If his personal bid fails, De Bod will be able to count on fellow South African Kent Main, Rwandans Joseph Areruya and Samuel Mugisha and Eritrean Metkel Ayob to deliver for the team.

Main, who won the Tour of Good Hope in March, has been competing locally for the last couple of months, most recently placing second at the Satellite Classic and third in the inaugural Tshwane Classic.

Areruya made history at the Baby Giro when he pocketed stage five to became the first Rwandan to win on the European racing scene. His victory also marked the team’s first win outside Africa.

“Out of the team, there are five guys who are really strong – strong enough to win the tour. If someone else has a chance, I’ll change my plans to assist him for the yellow jersey,” concluded De Bod.