The In the Bunch show sat down with William Newman following his resignation as president of Cycling South Africa at the organisation’s National Council meeting in Johannesburg last weekend. Read what he had to say or watch the video.

With council you need to report on all the matters, and I’m going to be open. At the meeting there was a vote of no confidence tabled on me and the vice president.

At the start of the meeting I set the scene and reminded all that this was council and they were the highest decision-making authority in Cycling South Africa. They certainly needed to be very careful in terms of the decisions they make because they determine the future and the leadership of the organisation.

This motion was put forward by Mpumalanga Cycling and when it came up for discussion they motivated for the motion and they mentioned quite a few things.

Now I’m very cognisant of our financial situation and I have taken responsibility since becoming very aware of it. That was one of their main gripes. 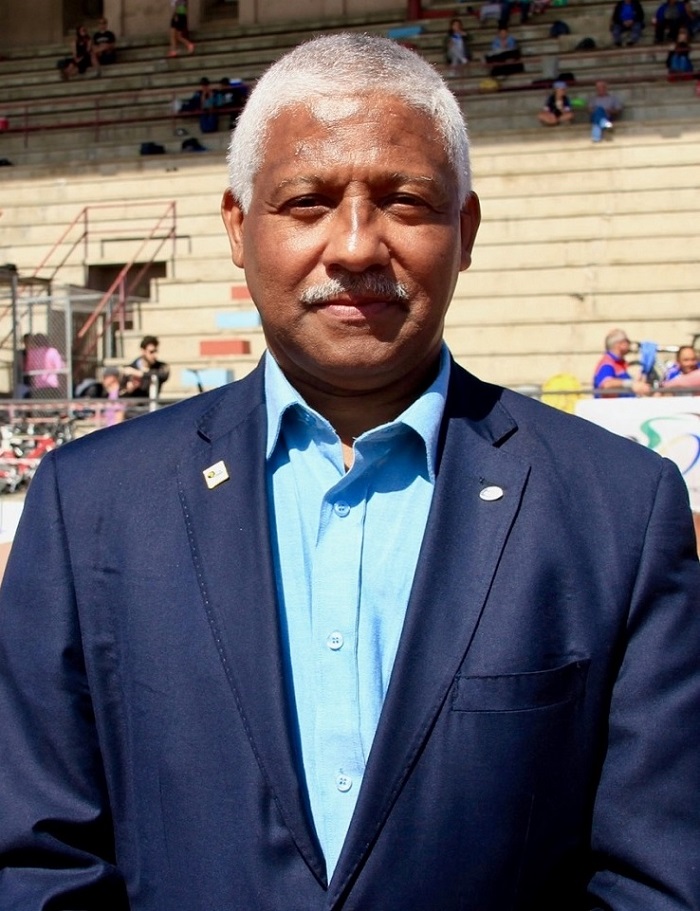 They spoke about the postponement of the annual general meeting (AGM) which was postponed since November last year. Unfortunately, at the meeting we did not have the finalised audited financial statements, although the auditor and treasurer did try, and they cited the lack of communication and no engagement with the province.

I did not respond to this, I listened. I then allowed other people to make comment and again the same theme came through – the financial situation as well as looking after the staff and having performance appraisals. I did not comment and some of that wasn’t true.

Then another one which was quite shocking was, under my leadership –I’m the African Track Cycling Confederation president – I organised the African Track Championships in Morocco that is open to clubs, provinces, regions and nations because we are wanting to grow the discipline, and the allegation there was that I allowed South African cyclists to participate not riding in the national colours.

That’s a definite misunderstanding and ignorance of the rules of the CAC African Track Championships. Again, I took that on the chin and I listened.

Another contribution was a lack of communication of technical rules coming down to the provinces. Now, I did not respond to all of this, but certainly the mood was very evident that people weren’t happy – although I’ve done everything in my power to resurrect the situation.

Just for the record, last year at my own cost – which was reimbursed later on – I flew to see many international and national partners and I negotiated relief to the tune of R1-million for our debt situation. None of that was taken into account.

I sensed the mood in the meeting that people really were adamant and on a mission.

Just in terms of the allegations, communication happens on a monthly basis. We’ve got management committee meetings and at each of these meetings I give a report of the past and look ahead to the present.

That gets filtered down to the executive, the management committee and all the affiliates, so I’m blamed for a lack of communication although I’ve done my bit.

The finances, yes, I take responsibility and I have put plans in place to correct that since last year already.

The issue with the track championships was totally inaccurate and I cannot believe that that was a reason for trying to get me out, where I was trying to do something good for African track cycling. Also, as a result of that, South Africa qualifies riders for the world championships which happen next week.

The African nations Algeria and Egypt now also have riders that go to the world championships. This is huge because this allows our South African riders to score UCI points instead of travelling outside of Africa.

So, I was doing something very good for the sport and I was basically taken to task for that.

Communication of technical rules, which certainly must come from the technical commission, but again it was seen to be my responsibility.

So the mood was very hostile and being the experienced leader I am, I detected this. I then decided that whatever I do and have done, it’s not going to have any bearing on a premeditated decision that people came to the meeting with.

I therefore decided to step down in a very dignified and respectful manner and I thank the organisation for having me lead them. I also said I will definitely continue in the sport in other areas where my efforts will be appreciated, so I left the meeting and resigned on that note.

Watch the full interview below.