The team were without their key sprinters Briton Mark Cavendish and Australian Mark Renshaw, as they were eliminated from the Tour on stage 11 after finishing outside of the 30-minute cut-off time.

The onus was then on Janse van Rensburg and Norwegian Edvald Boasson Hagen to deliver in the final sprint. 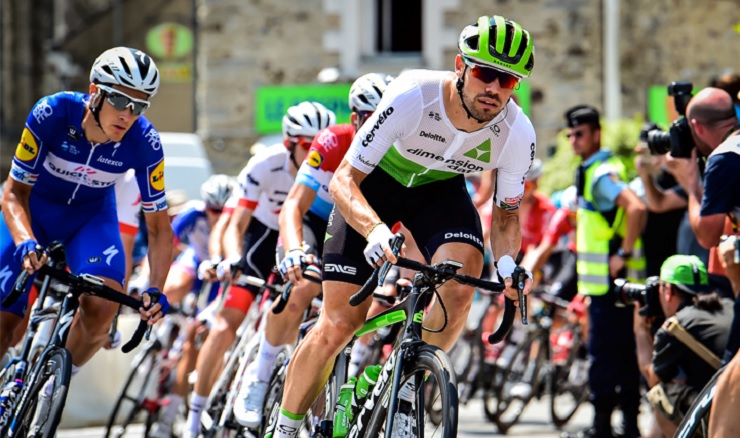 South African Jay Thomson and Belgian Julien Vermote helped deliver them in the final six kilometres after a series of roundabouts manipulated a tightly packed peloton.

Janse van Rensburg and Boasson Hagen struggled to stay with each other on the technical turns, before the South African found himself nearer to the front.

He produced a strong final sprint to finish just outside the top 10, despite having overexerted slightly.

“It was a pretty hectic and technical finish,” Janse van Rensburg said afterwards. “Eddy [Boasson Hagen] and I were together with two kilometres to go, but he was a little too far back.

“I moved to the front with one kilometre to go. By then he [Boasson Hagen] had already lost his way.

“I was in a good position but I was already on my limit so I couldn’t really sprint.”

“So it was nice to sort of have a recovery day today,” he added.

View the results and read the stage report