Joanna van de Winkel has joined the list of professional South African cyclists who have decided to opt out of the UCI Road World Championships taking place in Innsbruck, Austria, at the end of the month.

The lack of funding from the sport’s federation Cycling South Africa, among other factors, has led to Van de Winkel’s decision to decline after being sent a belated invitation to take part.

She rode alongside Ashleigh Moolman-Pasio in all three of those global events. Moolman-Pasio, who rides for the Cervelo Bigla WorldTour team, is the only woman rider representing the country this year.

Van de Winkel took a four-year hiatus after 2012 due to work commitments. She returned to racing at the end of last year where she was the first South African behind Moolman-Pasio to finish the 947 Cycle Challenge in November, placing fourth overall. 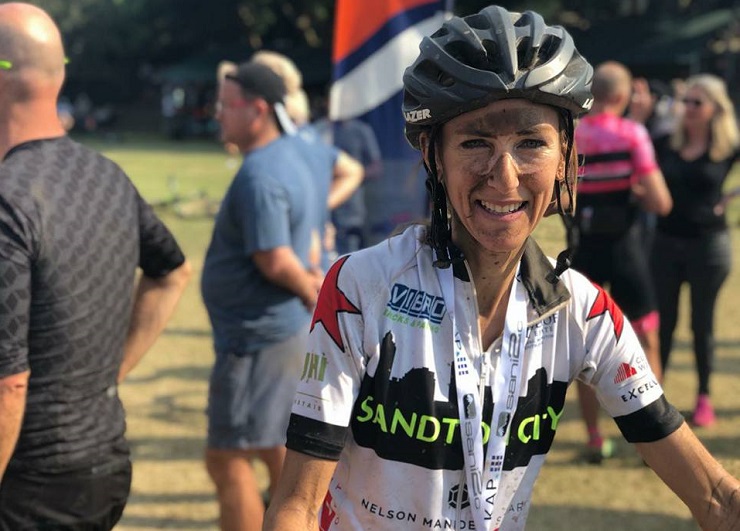 Joanna van de Winkel (pictured) has joined the list of professional South African cyclist who have decided to opt out of the UCI Road World Championships. Photo: Cycle Nation

Clearly a reputable local cyclist, Van de Winkel however admitted that she didn’t opt out of the world champs solely because of funding, but also because of mismanagement.

“The lack of funding is obviously a factor, but I think I would’ve paid to go if I got the opportunity to do things differently,” Van de Winkel told In the Bunch.

“I would have trained properly, had different motivation, got some international training and I probably would’ve gone to Gerona [in Spain] to train with Ashleigh beforehand.

“It would have been important to gel with your teammates before the race. Those for me were the main factors of choosing not to go – not having the proper time to prepare.”

The stress of having to organise all of the logistics at such a late stage was another alarming factor, Van de Winkel explained.

“They [Cycling SA] sent me an email asking me to let them know when the flight departures and arrivals would take place, what events we’d like to take part in and how long we’ll be staying [in Austria].

“If they asked us, for instance, to give them R25 000 and then said they would organise everything then it would’ve been easier rather than telling us to do everything ourselves.

“As an athlete representing your country you just need to focus on your training and not have to stress about all the organising.”

She described the selection process as having been an “afterthought”.

“They [Cycling SA] didn’t even tell me directly; I heard via my husband that I was on the long list.

“I was then only notified in August where they asked me if I wanted to go. They didn’t say who else would go and from the impression I got, they basically asked who was willing to pay to go.

“It was like they had panicked and decided that they had to choose some riders.

“As one rider said no, they would send an invitation to the next and so on. To me, if you want to be a top athlete you need people who believe in you and give you the right amount of time to prepare.”

Van de Winkel, who rides locally for Cycle Nation, said when she resumed racing at the end of last year she wanted to compete in the 2018 world champs.

However, early this year she realised Cycling SA would not support a team, which resulted in her changing her goals and plans.

“I would have loved to do worlds if they had notified us at the beginning that they would send riders and whether they would support us,” Van de Winkel said.

“I’ve only just made a comeback to elite racing this year and I was originally placed on the long list. But they later told me I don’t stand a chance because I didn’t race elite last year.

“That already put me on the back foot, because your training and motivation depends highly on what your goals are.

“If we had known then that we could’ve had these opportunities then I think many of us would’ve had a different focus and we could’ve been ready for such an event.”

She added that the training required was very different for international races, emphasizing her point of needing to put in sufficient preparation.

“I’ve done worlds before and I know from experience that it’s the toughest one-day race in the year against the best girls in the world. When I did worlds before, we actually trained with the South African men.

“You can’t hold high hopes all the time and then just be discouraged at the end.”

She said Moolman-Pasio “could really do with the support” since her major goal was the 2020 Tokyo Olympic Games.

“If Cycling SA can get their act together and organise some events from next year in preparation for the Tokyo Olympics, she [Moolman-Pasio] would really appreciate it.

“It is very difficult as a single rider to compete against the world’s best and to cover all the early moves and then save enough energy for the critical moves at the end.

“I realise it must be very hard for her,” she added.