A last-minute decision paid off for young South African cyclist Elne Owen when she received news that she has reached the Canyon-SRAM/Zwift Academy semifinals.

The top 10 semifinalists, who are all in the running to win a contract with the professional racing team for next year, were announced last week and also include compatriot Catherine Colyn.

“I heard about the academy last year and thought I’d leave it for this year,” said Owen, who is studying to become a personal trainer. 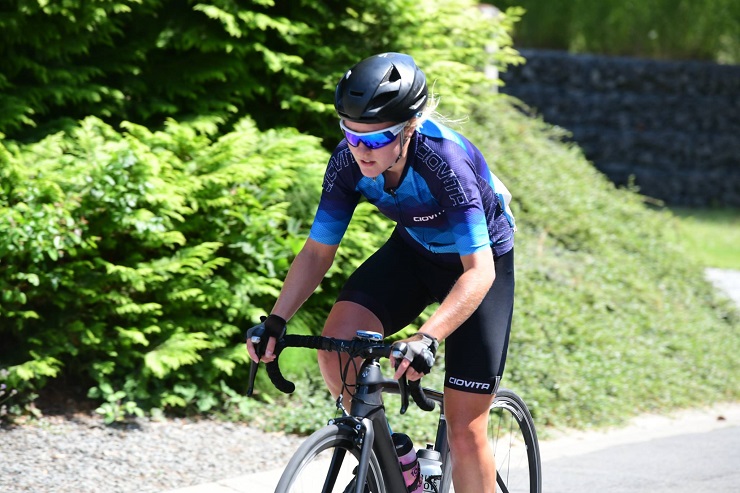 Elne Owen, 19, has reached the semifinals of the Canyon-SRAM/Zwift Academy and is the youngest rider in the running to win a professional contract with the team. Photo: Hinninck Paul

“When my coach phoned me three days prior to registration closing I was a bit nervous but thought I’d give it a try. Now that I’m in the semifinals I’m never holding back with anything in life again.”

The East London local, who rides for Ciovita, is the youngest among the 10 chosen out of a record 4 900 women, and this means the world to the 19-year-old.

“It’s a big confidence booster knowing that you really can achieve what you set your heart on.”

The selection was based on 10 Zwift workouts, two races and four group rides.

Owen said they had to try to reach targets set for them and everything was based on power percentages. The selectors also looked at their Strava profiles.

The next round, from October 15, will consists of four workouts of about 90 minutes each, two outdoor rides of between two-and-a-half and four hours, and one race.

“You have to be race-ready for the next round. That includes getting enough rest and not training excessively hard,” said Owen, who placed second in the U23 race at this year’s national road championships.

She felt this round would suit her. They had a big variety of workouts coming up, which was fine as she was more of an all-rounder anyway.

“I’m preparing for the semis as a proper two weeks of racing and I think this will help me mentally as well.”

Owen, who recently competed in the road world championships in Austria, said to win the contract with Canyon-SRAM would be to achieve one of her biggest goals.

“It’s my dream to become a professional cyclist and make a career thereof. They’re also my favourite among all the UCI women’s teams.”

If she did win the contract Owen said she hoped to learn the finer aspects of racing and to help the team win more races.

“I wouldn’t mind sacrificing my race in order to help some of the teammates get into a break and secure the win.”

NEXT ARTICLE | Cycling SA stand by strict policy on race-sanctioning